Blues Image was a group from Tampa, Florida that achieved a brief yet strong burst of critical acclaim and commercial success in the late 60s and early 70s. Known for mixing blues, Latin music, smooth pop, and other styles, their most successful song was the soft rock hit "Ride Captain Ride", a release from their 1970 album 'Open' that went all the way to #4 in Billboard. A well-respected band among their peers (Jimi Hendrix notably told the British press that Blues Image was one of the best up and coming bands around)... 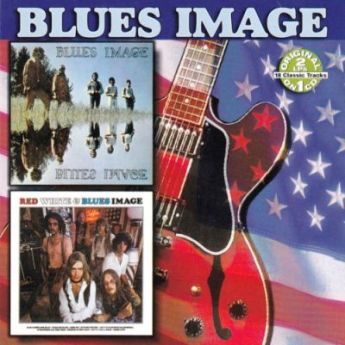 The group was formed in Tampa, FL, in 1966 by Michael Pinera (guitar, vocals), Manuel Bertematti (percussion), and Joe Lala (drums). Malcolm Jones (bass) joined in 1966, followed in 1968 by Frank "Skip" Konte (keyboards). The band moved to New York City in 1968 and managed a club called the Image. Then they moved to Los Angeles, where they signed to Atlantic Records' Atco division in February 1969, and released their self-titled debut album. This was followed by Open (1970), which featured "Ride Captain Ride." But the Blues Image never followed their hit. Pinera left, replaced by Kent Henry (guitar) and Dennis Correll (vocals). Then the Blues Image broke up. A third album, Red White & Blues Image, was compiled from outtakes. Skip Konte joined Three Dog Night, while some other band members reformed as Manna. Pinera later was a member of Iron Butterfly, then Ramatam, and, with Bertematti, the New Cactus Band. He also formed a band called Thee Image and worked as a solo artist. Lala became a Los Angeles session player and worked with Joe Walsh and the various manifestations of Crosby, Stills, Nash & Young, among others.