Scorpions are a German rock band formed in 1965 in Hanover by Rudolf Schenker. Since the band's inception, its musical style has ranged from hard rock, heavy metal, and glam metal. The lineup from 1978 to 1992 was the most successful incarnation of the group, and included Klaus Meine (vocals), Rudolf Schenker (rhythm guitar), Matthias Jabs (lead guitar), Francis Buchholz (bass), and Herman Rarebell (drums). The band's only continuous member has been Schenker, although Meine has appeared on all of Scorpions' studio albums, while Jabs has been a consistent member since 1978, and bassist Paweł Mąciwoda and drummer Mikkey Dee have been in the band since 2003 and 2016 respectively. Known best for their 1984 anthem "Rock You Like a Hurricane" and the 1990 ballad "Wind of Change," German rockers Scorpions have sold over 22 million records, making them one of the most successful rock bands to ever come out of Continental Europe.

Lonesome Crow is the debut album by German hard rock band Scorpions. It was recorded soon after Scorpions became a fully professional band under the production of Conny Plank, apparently in only six or seven days, and released 9 February 1972 in West Germany as the soundtrack to the German anti-drug movie Das Kalte Paradies, and May 1973 in the United States. The album's style is darkly melodic, typical for early Scorpions but unlike their later work. 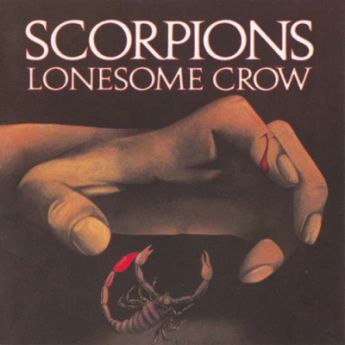 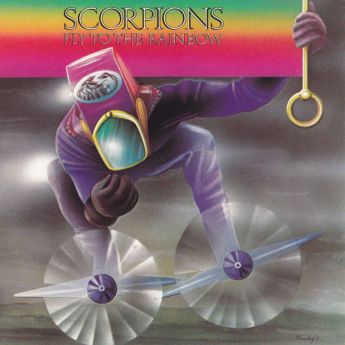 Fly to the Rainbow is the second studio album by German hard rock band Scorpions. It was released on 1 November 1974 in the United States. In support of the Lonesome Crow album Scorpions toured as the opening act for the British rock band UFO. At the end of the tour Scorpions lead guitarist Michael Schenker was asked to fill an open position as UFO's guitarist and accepted the position. Schenker's departure temporarily resulted in the breakup of the band but Rudolf Schenker and Klaus Meine ultimately merged with the band Dawn Road. The new band consisted of guitarist Ulrich Roth replacing Michael as well as drummer Jürgen Rosenthal and bass guitarist Francis Buchholz. The new line up assumed the Scorpions name and recorded Fly to the Rainbow. Three songs on Fly to the Rainbow were co-written with departing guitarist Michael Schenker as part of his agreement on leaving the band.

In Trance (the third studio album by German rock band Scorpions) was released by RCA Records in 1975. The music was a complete departure from the progressive Krautrock of the two previous albums. Instead, a Hard rock-sound of shorter and tighter arrangements with which the band would achieve their later global success and fame emerged. Extended suites in the vein of songs such as: "Lonesome Crow" and "Fly to the Rainbow" are absent altogether. It is the first album by the band to contain the now-famous logo and controversial artwork. 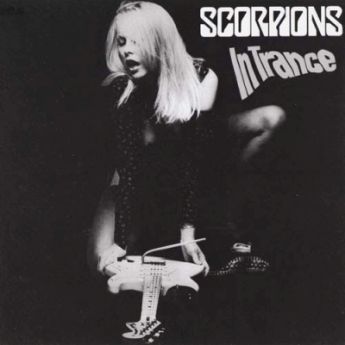 Virgin Killer is the fourth studio album by German rock band Scorpions. It was released in 1976 and was the band's first album to attract attention outside Europe. The title is described as being a reference to time as the killer of innocence. The original cover featured a nude prepubescent girl, which stirred controversy in the UK, US and elsewhere. As a result, the album was re-issued with a different cover in some countries. In December 2008, the image again gave rise to controversy when the British Internet Watch Foundation placed certain pages from Wikipedia on its internet blacklist, since it considered the image to be "potentially illegal" under the Protection of Children Act 1978. This resulted in much of the UK being prevented from editing Wikipedia, and significant public debate on the decision. The decision was reversed by the IWF after four days of blocking.