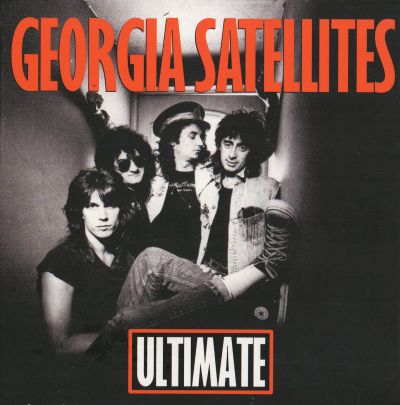 At a time when rock & roll didn't care about its roots, the Georgia Satellites came crashing into the charts with a surprise hit single to remind everybody where the music had come from. The hit single, 1986's "Keep Your Hands to Yourself," rocked as hard as an old Chuck Berry song, as well as being almost as clever. The Satellites weren't a back-to-basics roots rock band, either their straightforward sound borrowed equally from Berry, the Rolling Stones, the Faces, Little Feat, and AC/DC, with a Southern backwoods bent. At their best, the Satellites were just a damn good rock & roll band, driven by the classic yet fresh songwriting of lead singer/guitarist Dan Baird. On the strength of "Keep Your Hands to Yourself," their first major-label album sold well, but the follow-up, Open All Night, did not; radio and MTV had treated the band as a kind of novelty a bunch of hicks kicking out rock & roll offered a break between the slick pop-metal of Bon Jovi and the introspective pop of Peter Gabriel. By the time they released Open All Night in 1988, no one was interested, even if the album was only slightly weaker than the debut. After one more album, 1989's In the Land of Salvation and Sin, the band called it quits. Guitarist Rick Richards joined Izzy Stradlin's Ju Ju Hounds three years later; Baird pursued a solo career and had a small hit in late 1992 with "I Love You Period." In 1996, he helped form the Yayhoos after releasing his second solo album. The Yayhoos have two albums, the most recent being 2006's Put the Hammer Down. During the mid-'90s, the Georgia Satellites reunited without Baird. They released Shaken Not Stirred in 1997.

Spanning the years 1986 to 1990, the band released three studio albums and various singles that feature on this collection plus the related bonus tracks taken from the band’s b-sides and 12” releases. It is the definitive collection of the band’s material available. 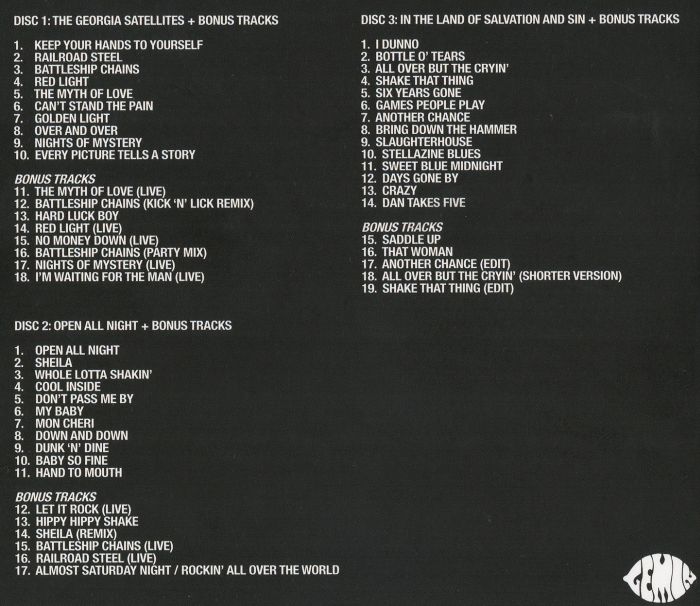