Lotus is a 1974 live album by the Latin rock band Santana, recorded at the Osaka KMsei Nenkin Kaikan, Osaka, Japan in July 1973, during their Caravanserai Tour. It was originally released in 1974 as a triple vinyl LP in Japan only. This version of the album was later released internationally. It features the same "New Santana Band" that recorded Welcome, and combines that group's jazz and spiritual influences with performances of earlier Latin rock favorites like "Oye Como Va." 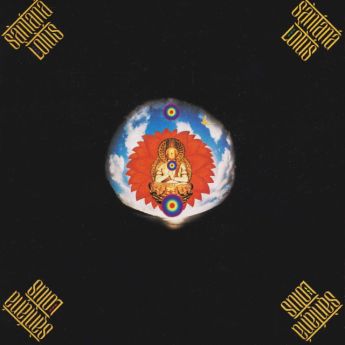 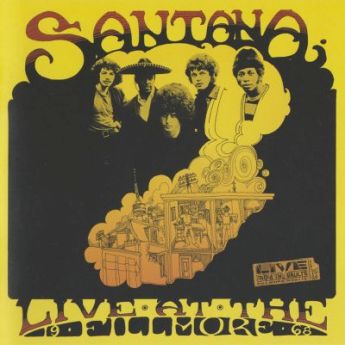 Live at the Fillmore 1968 is a (double CD) live album by Santana, recorded between December 19 and December 22, 1968, at the Fillmore West and released in 1997. Two-CD package drawn from performances at the Fillmore West in December 1968, with an early lineup including Bob Livingston on drums and Marcus Malone on congas (both of whom would be gone by the time the group recorded their official debut in 1969). The band sound only a bit more tentative here than they would in their Woodstock-era incarnation, running through several of the highlights of their first album ("Jingo," "Persuasion," "Soul Sacrifice," and "Treat"). More interesting to collectors will be the five songs that have not previously appeared on any Santana recording, including covers of songs by jazzmen Chico Hamilton and Willie Bobo and a half-hour original jam that concludes the set, "Freeway." The sound is excellent and the arrangements a bit more improv-oriented than what ended up on the early studio records. Its appeal isn't solely limited to committed fans; on its own terms it's a fine release, highlighted by some burning organ-guitar interplay in particular. 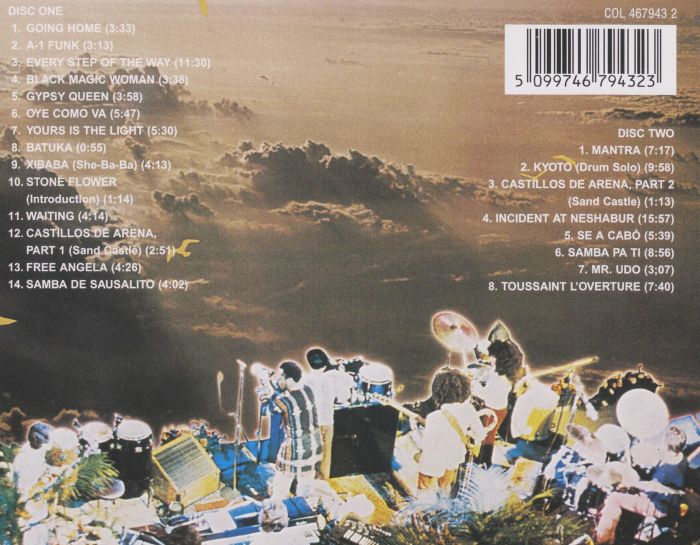 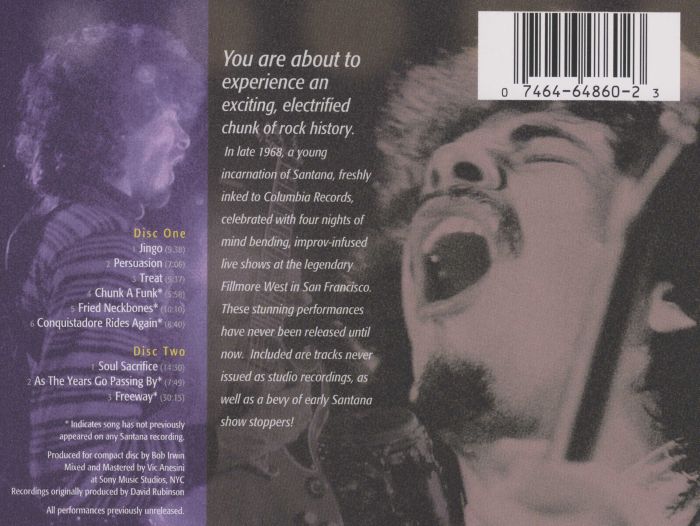