The Steve Miller Band is an American rock band formed in 1966 in San Francisco, California. The band is led by Steve Miller on guitar and lead vocals. The group had a string of mid- to late-1970s hit singles that are staples of classic rock radio, as well as several earlier psychedelic rock albums. Miller left his first band to move to San Francisco and form the Steve Miller Blues Band. Shortly after Harvey Kornspan negotiated the band's contract with Capitol Records in 1967, the band shortened its name to the Steve Miller Band. In February 1968, the band recorded its debut album, Children of the Future. It went on to produce the albums Sailor, Brave New World, Your Saving Grace, Number 5, Rock Love, Fly Like an Eagle, Book of Dreams, among others. The band's Greatest Hits 1974–78, released in 1978, sold over 13 million copies. In 2016, Steve Miller was inducted as a solo artist in the Rock and Roll Hall of Fame.

Children of the Future is the debut album by American rock band Steve Miller Band, released in 1968 by Capitol Records. The album was produced by notable British record producer-engineer Glyn Johns. 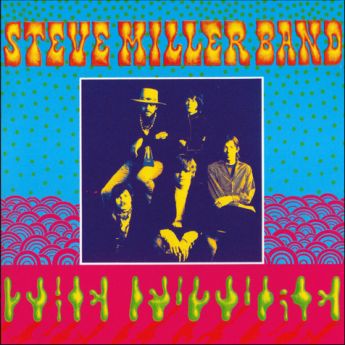 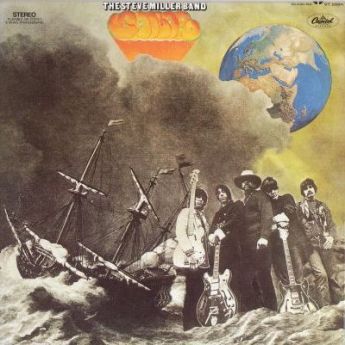 Sailor is the second album by American rock group The Steve Miller Band, released in October 1968 by Capitol Records. Like the band's previous album, Children of the Future, Sailor was produced by Glyn Johns. Unlike its predecessor which was recorded in London, England, Sailor was recorded in Los Angeles, California. It was the last Steve Miller Band album to feature contributions by original members Boz Scaggs and Jim Peterman. Scaggs went on to a successful solo career.

Brave New World is the third album by American rock band Steve Miller Band, released in 1969. It is the band's first album following the departure of founding members Boz Scaggs and Jim Peterman, with Ben Sidran replacing Peterman on keyboards. The track "My Dark Hour" featured Paul McCartney (credited as "Paul Ramon") on backing vocals, drums, guitar and bass guitar, and he performed additional backing vocals on "Celebration Song". "My Dark Hour" was recorded in a late-night session on May 9, 1969 after an acrimonious argument between McCartney, John Lennon, George Harrison and Ringo Starr over signing a contract appointing Allen Klein as The Beatles' financial manager. Lennon, Harrison and Starr walked out, while McCartney remained at Olympic Studios. Miller was the only member of the band to attend the session, and the song emerged from him and McCartney jamming. Your Saving Grace is the fourth album by American rock band Steve Miller Band, released in November 1969. Your Saving Grace is a much more earthy collection of tunes when compared to the band's previous three long-players. While there are distinct psychedelic remnants of the Boz Scaggs (guitar/vocals) and Jim Peterman (keyboards) era, the addition of keyboardists Ben Sidran and Nicky Hopkins -- which began on the Steve Miller Band's previous effort, Brave New World -- adds a jazzier facet to this second incarnation of the group. Harking back to the band's blues roots, Your Saving Grace includes a couple of distinct blues originals -- such as the up-tempo and gospel-doused "Don't Let Nobody Turn You Around" and a somewhat uninspired arrangement of "Motherless Children," which sounds more synchronous with the Sailor or Brave New World albums.