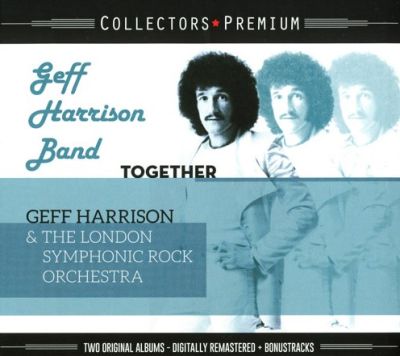 After the success of the re-released first album of Twenty Sixty Six And Then (24/02/2017, MIG) MIG comes up now with a complex Collectors Premium edition of two further classics by Geff Harrison. After the break-up of Twenty Sixty Six And Then, Geff Harrison became the singer with among other bands Kin Ping Meh, before he made his dream come true: to collaborate with a big orchestra, the London Symphonic-Rock Orchestra. Ralph Siegel was persuaded to finance the whole project. Trevor Jones who had also worked with the Moody Blues sat in the producer's chair. It has always been important for Geff Harrison to be present on Europe's stages. To go on tour with the London Symphonic Rock Orchestra plus a band would have been too expensive. That is why the busy Brit went into the studio for a second time in 1977 to record with his Geff Harrison Band the album "Together". Often, Geff has been compared to Rod Stewart. A lot of critics came up with the comparison after listening to the opener of the album "Together", the midtempo ballad "Red Sky Tonight". Geff himself always took this quite calmly: "What can I do if my voice sounds practically similar and we accidentally happen to move within the same genre?" - eElaborately designed 2 CD Boxset (Digi), 16-page Booklet including unreleased photos und detailled Linernotes - 6 bonustracks! (never released before!) 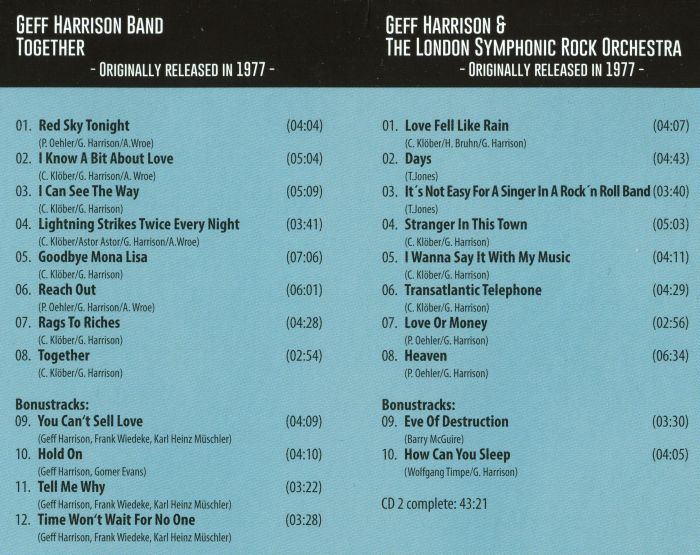