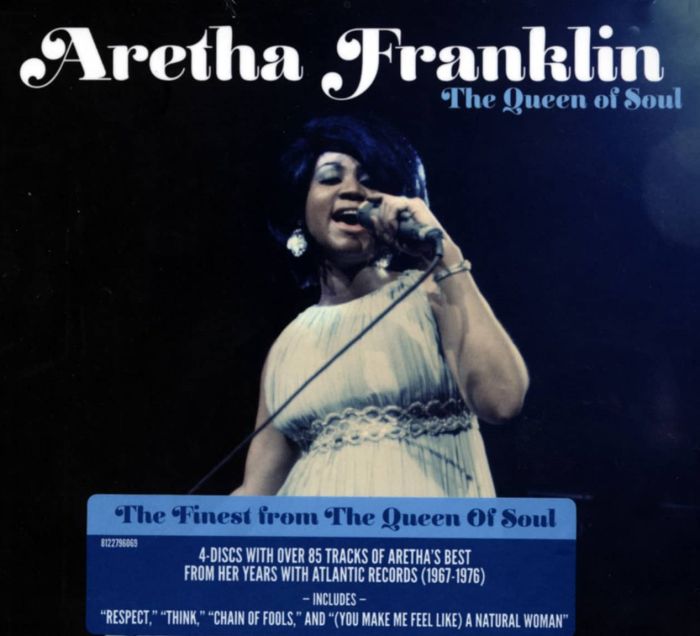 The Queen Of Soul creates a rich musical portrait of Franklin's incomparable run at Atlantic Records between 1967 and 1976. Packed with 87 songs arranged chronologically, the set opens with generous selections from the first five studio albums she recorded for the label - I Never Loved a Man the Way I Love You, Aretha Arrives, Lady Soul, Aretha Now, and Soul '69. Recorded between 1967 and 1968, all five of the albums topped the R&B charts and gave the world classics like "(You Make Me Feel Like) A Natural Woman," "Chain of Fools," "Think," and the #1 smash "Respect." The set also mixes in several rare outtakes of songs like "It Was You" from Aretha Arrives and "Talk to Me, Talk to Me" from Soul '69. The collection also spotlights the great music Franklin recorded in the 1970s, including the two albums she released to open the decade - This Girl's in Love with You and Spirit in the Dark. The former boasted an electrifying version of the Band's "The Weight" with Duane Allman on slide guitar, while the latter featured the hit "Don't Play That Song." Along with several singles from this era ("Spanish Harlem" and "Bridge Over Troubled Water"), THE QUEEN OF SOUL also gathers up several live performances with "Spirit in the Dark" (Reprise with Ray Charles) from Aretha Live at the Fillmore West (1971), plus several songs from her live album Amazing Grace (1972). The latter recording won the Grammy Award for Best Soul Gospel Performance in 1973 and remains Franklin's best-selling album to date. 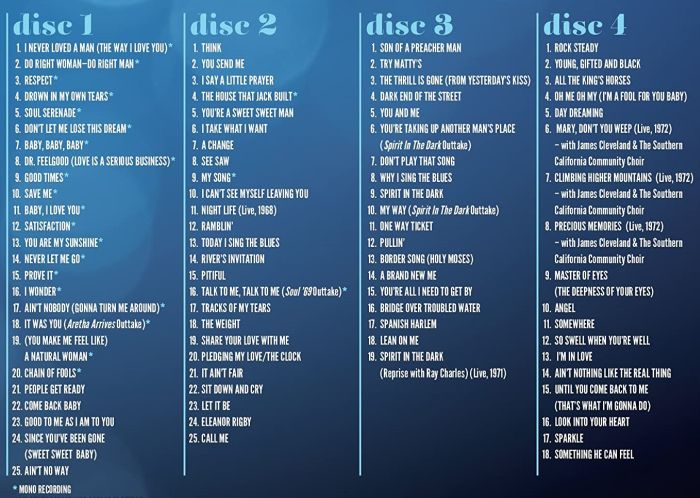