Picturesque Matchstickable Messages from the Status Quo is the debut studio album by the English rock band Status Quo, released in September 1968. It features several covers, including "Green Tambourine" by The Lemon Pipers. The album's lead single was originally intended to be "Gentleman Joe's Sidewalk Café", with the original Francis Rossi composition "Pictures of Matchstick Men" as the b-side, but these songs were eventually swapped round. It reached #7 in the UK, and remains the band's only major hit single in the US, where it reached #12. It also reached #8 in Canada. A second single, Rossi's "Black Veils of Melancholy" (with organist Roy Lynes' non-album track "To Be Free" as the b-side), flopped and has even been called "a carbon copy of "Pictures of Matchstick Men"". The third single, "Ice in the Sun", was written for the band by Marty Wilde and Ronnie Scott (not the jazz musician), with the Rossi/Parfitt composition "When My Mind Is Not Live" as the b-side. It reached #8 in the UK, and #29 in Canada. The album itself was released on 27 September 1968, and failed to make the UK album charts. 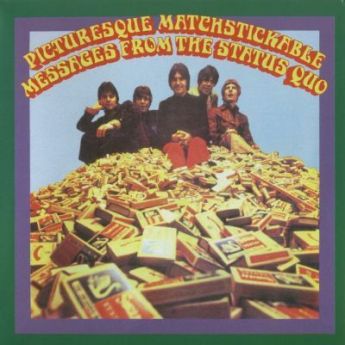 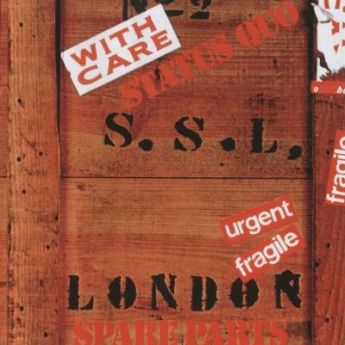 Spare Parts is the second studio album by the English rock band Status Quo, and the final one in the psychedelic vein. It is also the first in which the group's roadie Bob Young began writing and co-writing songs for and with the band. The album covers a song written by Carole King and Gerry Goffin, "You're Just What I Was Looking for Today". Only one song was slated for a single release. This was the Anthony King written song "Are You Growing Tired of My Love", backed with the Alan Lancaster composition "So Ends Another Life". Released in April 1969 it reached no. 46 in UK singles charts. The album was released in September 1969 but wasn't a commercial success.

Ma Kelly's Greasy Spoon is the third studio album by English rock band Status Quo. It was the first album by the band to leave behind their early psychedelic sound and begin experimenting with the hard rock style which remains their signature sound, as well as the last album to feature keyboardist Roy Lynes. The new album was released in August 1970, and failed to chart. The band began experimenting with a new sound when they hired Australian singer-songwriter Carl Groszmann to write a song for them. That song became "Down the Dustpipe", released as a non-album single in March 1970, with the Francis Rossi/Rick Parfitt song "Face Without a Soul" – from the band's previous album Spare Parts – as its B-side. The song, remarked Rossi, “was the [first] to feature our soon-to-be trademark boogie shuffle” and became one of the most popular numbers in their live set. The single took the media by surprise as it was so different in sound from their previous work. BBC Radio 1 presenter Tony Blackburn dismissed it on-air the first time he played it with the comment, "Down the dustbin for this one." Nevertheless, it was an instant hit, reaching #12 in the UK and remaining in the top 50 for a 17 weeks. 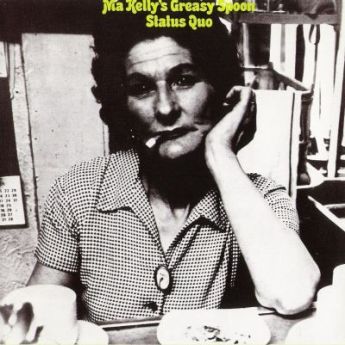 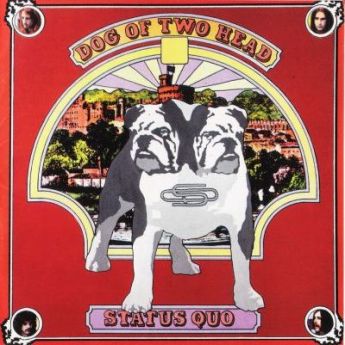 Dog of Two Head is the fourth studio album by the English rock band Status Quo released by Pye Records in November 1971. At the time of recording, the band consisted of Francis Rossi (credited on the sleeve as Mike Rossi), Rick Parfitt (credited as Ritchie Parfitt), Alan Lancaster and John Coghlan (credited as John Coughlan). They had released a non-album single that March, a Rossi/Young song called "Tune to the Music", but it was not a hit. The band then set to work writing and recording a new album. A couple of the songs, such as the opening track "Umleitung" (German for 'diversion') had been written the previous year. A single from the album, Rossi and Young's "Mean Girl", was to become a UK #20 hit some time later, in April 1973, after they had their third top ten British hit single with "Paper Plane", from their next album Piledriver.