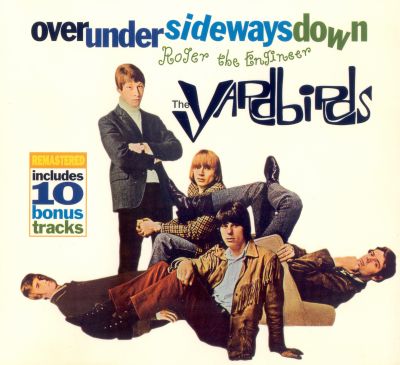 THE YARDBIRDS - Over Under Sideways Down [Roger The Engineer] (1966)

Beginning as one of rock's all-time great (and influential) blues-rock bands, the Yardbirds had taken a turn toward the psychedelic side of things once Jeff Beck replaced Eric Clapton, as evidenced by 1966's Over Under Sideways Down. As with Beatles and Rolling Stones albums from around this era, the U.K. and U.S. versions would often differ with album titles and altered track listings, and as a result, quite a few tracks slipped through the cracks. The same was true of the Yardbirds. But the 2002 Repertoire reissue of Over Under Sideways Down finally compiles all the tracks from this era on one single disc -- the end result being 22 tracks of the Yardbirds at their creative peak. For anyone who was wondering if Beck could truly fill in for Clapton, he was silenced by the playful "Jeff's Boogie," which shows the guitarist was one of the more technically proficient blues-rock players of the time, as well as lending a gloriously Middle Eastern riff to the trippy title track. But the 2002 edition improves the classic original even further, as it includes selections from the Yardbirds' short-lived Jeff Beck-Jimmy Page lineup: "Happenings Ten Years Ago" and one of the group's most underrated tracks, "Psycho Daisies." For longtime fans looking to replace their vinyl or newcomers to '60s British blues, the 2002 Repertoire edition of Over Under Sideways Down is a must-have. 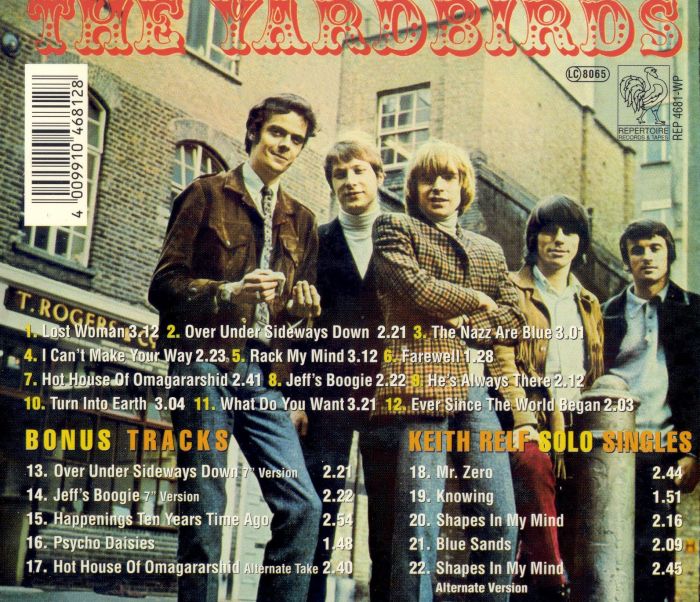