The early '70s marked the heyday of progressive rock it seemed like every time you turned around and everywhere you looked, there were top-flight bands like Yes, King Crimson, ELP, Pink Floyd, the Moody Blues, et al., all around, and their emulators and lesser rivals spreading out as far as the eye could see. Badger was part of that whole scene, a Yes offshoot group that managed to get signed by the same label. Officially, the group's origins go back to 1972 and Tony Kaye's departure from Flash, the group he'd co-founded with his fellow ex-Yes alumni, guitarist Peter Banks. Kaye was a virtuoso who favored more traditional instruments such as the Hammond organ over the more modern Moog synthesizer (not that he didn't play the latter, but he used the organ more prominently), and who had the bad fortune to have been succeeded in Yes by the much flashier Rick Wakeman. This time out, he was going to put together his own progressive rock supergroup, on a firmer footing than Flash (whose work had sometimes strayed too close to that of Yes). The ex-Yes keyboard player called on his longtime friend David Foster, who had managed to skirt the orbit of Yes several times without ever being asked into that lineup (in part because his instrument was the bass, and Yes was incredibly well covered in that department by Chris Squire). Foster had been a member of the Warriors, Yes lead singer Jon Anderson's mid-'60s group, and had co-authored songs with Anderson on Yes' second album, Time and a Word. Kaye had ended up working with Foster on what was ultimately to be an unreleased Foster album when Kaye quit Yes in 1971, he initially joined Banks in founding Flash, but after his exit from the latter, Kaye and Foster decided to finally take the plunge. They recruited drummer Roy Dyke, lately a member of Family and, before that, Ashton, Gardner & Dyke -- he was a Liverpool veteran whose career went back to the early '60s and the Remo 4 and Brian Epstein protégé Tommy Quickly, and had played on one hit single, Ashton, Gardner & Dyke's "Resurrection Shuffle"; he, in turn, steered the organizers to Brian Parrish, an ex-member of Medicine Head and Three Man Army, who had played with Paul Gurvitz and Mike Kellie in an outfit called Parrish & Gurvitz, who'd cut one LP for Regal Zonophone. The quartet, christened Badger, fit together perfectly, and after some rehearsals began building a name for itself on a European tour opening for Black Sabbath.

One Live Badger is the easier Badger album to find, and the one worth having anyway. As the album's title indicates, the band also took the unusual step of making their first album a live recording of original songs. It has aged very well with all the energy of live performance, there's none of the usual studio excesses or noodling of the era. The Yes connection via Tony Kaye is abundantly evident; the album was co-produced by Yes singer Jon Anderson, uses long instrumental breaks and prominent Hammond organ solos, and features the obligatory Roger Dean cover art. Nonetheless, the brooding lyrics and soulful harmonies make comparisons to Traffic and Blind Faith a much closer musical match. The first half of the album is excellent, kicking off with the pleasingly hoarse vocals of David Foster on the full-tilt rocker "Wheel of Fortune" and the pensive "Fountain." There's an especially tight rhythm section underlying the restrained guitar work of "Wind of Change," combining to produce the album's best song. But the second half of the album, with rather mopy numbers like "The Preacher," doesn't quite keep up this momentum. Reissued as a CD in 1993 by Repertoire Records. 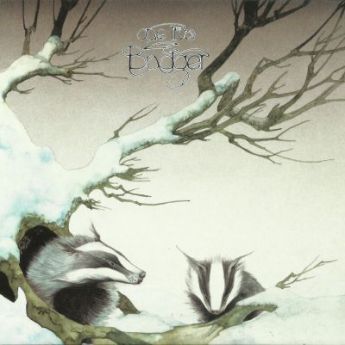 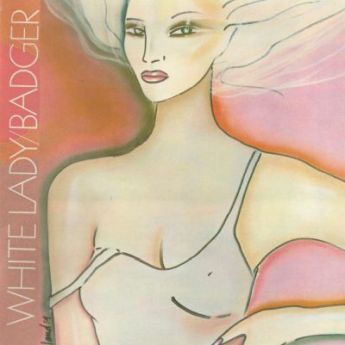 With the addition of Jackie Lomax, Badger's fusion of soul and art rock now strongly favored the soul side of the equation. Recorded in New Orleans with veteran arranger and producer Allen Toussaint, White Lady is scarcely recognizable as the same band; without a paste-in of Roger Dean's logo on the back cover, you'd never guess these lads hailed from anywhere past Bourbon Street. Fans expecting prog-rock were sure to be disappointed, but it didn't matter: the band had already called it a day before the album came out. But in retrospect, it's not a half-bad effort. "A Dream of You" has smoky vocals, warbling Hammond organ, and a slick vocal and brass backing reminiscent of Van Morrison. "Don't Pull the Trigger" is easily the most satisfying track, though, with Barry Bailey's slide guitar jabbing over the telegraph staccato of Toussaint's repeating piano. The rest of the album is passable filler, though it ends with a decent shot at superfly urban funk in "The Hole Thing." Toussaint himself plays on a number of songs, and Jeff Beck even shows up to lend a hand on the title track.