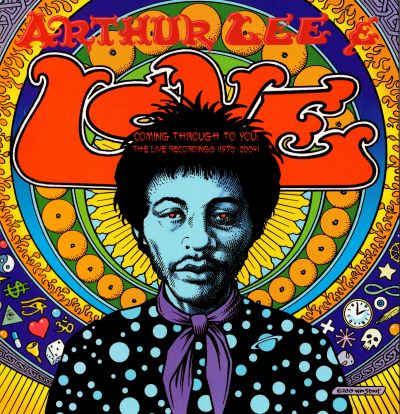 At the forefront of the West Coast psychedelic movement—with their graceful yet disquieting mix of stately arrangements, pre-punk angst, and fractured, enigmatic lyrics—Love provided an important link between the jangle of The Byrds and the apocalyptic bite of The Doors. One of rock’s most inscrutable auteurs, singer-songwriter Arthur Lee was every inch a rock star—some said a black Mick Jagger—with his lean, dangerous visage, diamond-shaped granny glasses, prodigious sexual appetite, and a wardrobe that Jimi Hendrix emulated and drove Brian Jones pea-green with envy. More than once, Jim Morrison remarked he hoped his band would be as big as Love. But Lee was a reclusive introvert who hated to tour outside Los Angeles, which hindered the success of the band and led to a scarcity of live recordings. Fortunately, the sleuths at RockBeat managed to unearth live tracks from the ‘70s, ‘90s and ‘00s; five never-before-released songs; and one disc of rather high-quality fan recordings. They span the band’s lifetime, exploring different lineups and shifts in focus, including a near-complete latter-day re-creation of the group’s classic Forever Changes, several acoustic performances and a scattering of covers, including Hendrix’s “Little Wing” and Howlin’ Wolf’s “Smokestack Lightning.” Despite the stylistic differences, Lee’s unnerving presence and eccentric voice were always at the core of Love: slurry, blurry, dry, but all-knowing. Not surprisingly, over the years, his voice lost some of its range and prettiness. His falsettos feel like parodies in the ‘90s version of the band, but his bruised soul and pragmatic worldview were intact until his 2006 death from leukemia, dispensing sound advice for generations to come and always returning to one of his central themes: that the world is what you make of it, not the way you want it to be. 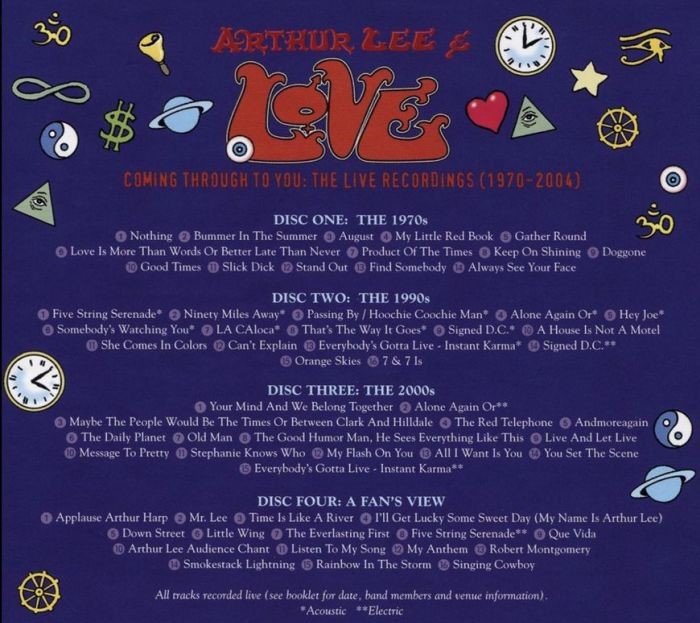