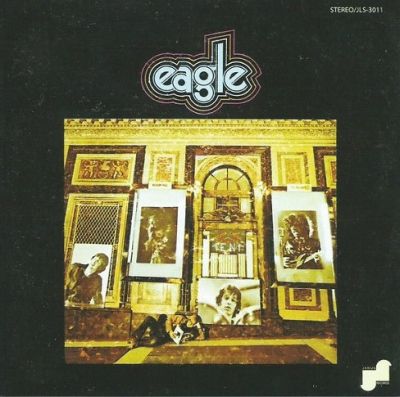 From the remnants of Beantown's pseudo-psychedelic Beacon Street Union flew the equally short-lived Eagle. After issuing two virtually unheard long-players, the BSU were unceremoniously dropped by their record company in late 1968. By 1970, John Lincoln Wright (vocals), Robert Rosenblatt (keyboards/brass), Richard Weissberg (drums/percussion), and Wayne Ulaky (bass) had honed their sound in a much more earthy fashion, creating an accessible vibe, contrasting the over-produced sound of their former incarnation. However, they did maintain the strong melodic sensibility that had driven the better material from both Eyes of the Beacon Street Union (1968) and The Clown Died in Marvin Gardens (1968). In keeping with the current trends, Come Under Nancy's Tent (1970), which was ultimately Eagle's sole release, blends both solid and otherwise aggressive electric rock with the lilting countrified sound of the singer/songwriter and early-'70s folk movement. "Pack Up" commences the effort with a driving, propulsive Bo Diddley beat and traveling rhythm. "Brown Hair" stands as one of the better sides on the disc, with its easier acoustic melody. This counters the noir brooding of "City Girl" and the exemplary and slightly trippy "Comin' Home Day." There are a couple of straight-laced rockers as well -- "Snake in the Grass" has a danceable groove that is uncannily similar to the Routers' early surf instrumental "Let's Go," and "Separated" is likewise an uptempo toe-tapper. In 2003, Come Under Nancy's Tent was issued on CD as part of the three-disc State of the Union box set, restoring the title after over 30 years of being out of print. 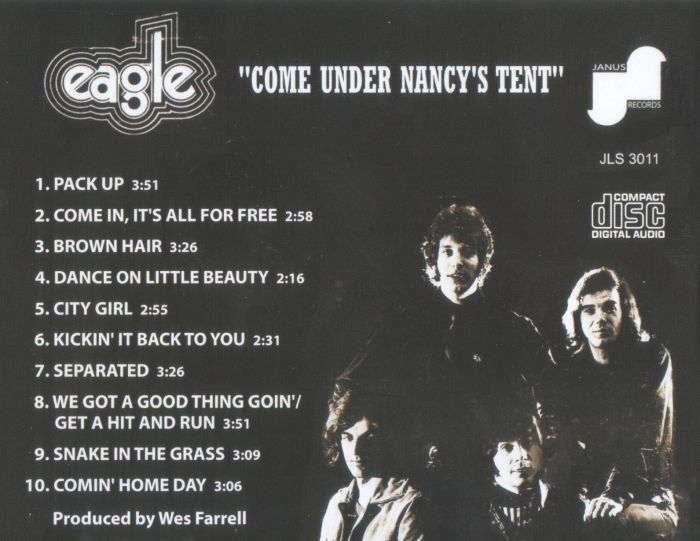