David Clayton-Thomas fronted Blood, Sweat & Tears during their popular peak, singing the hits "You've Made Me So Very Happy," "And When I Die," "Hi-De-Ho," and his composition "Spinning Wheel." The latter sested the musical ambitions he harbored and after the group's hot streak cooled in 1972, he set out on a solo career that he quickly put on ice so he could return to the group in 1975. From that point forward, Clayton-Thomas alternated between Blood, Sweat & Tears and a solo career, eventually leaving the band for good in 2004. Once he departed, he stayed on the road as a solo attraction, occasionally entering the studio for a new recording.

David Clayton-Thomas! (1969) was issued soon after the singer had made his recording debut with Blood, Sweat & Tears, taking both himself and the band to superstardom. Clayton-Thomas has said that this LP was a cash-in, compiled by a producer who located unreleased pre-Blood, Sweat & Tears tapes that Thomas made in Canada, and then dubbed them with horns to make them sound more like Blood, Sweat & Tears. The result isn't entirely disreputable, but in the manner of such records, there's a curious exploitative feel about the product, right down to its basic artwork and total lack of liner notes and musician credits. It consists almost entirely of blues, R&B, and soul covers on the order of "I Got a Woman," "Stormy Monday," "Tobacco Road," "Boom Boom," and "Poison Ivy." (Clayton-Thomas is awarded the writing credits for a couple of tunes that are in fact covers of Howlin' Wolf's "Who's Been Talkin'" and Elmore James' "Done Somebody Wrong.") It's not too imaginative, as the set is basically that of a blues-soul-oriented mid-'60s cover band. But Clayton-Thomas does sing the material reasonably well, the backing combo grooving along in a slightly jazzy soul-rock mode, with organ and occasional raw garage rock guitar. The overdubbed horns do sound awkward, though, as if they're indeed trying to shove the tracks in a more Blood, Sweat & Tears direction. If this was going to have been released at all, it would have been better to leave the original tapes unaltered. 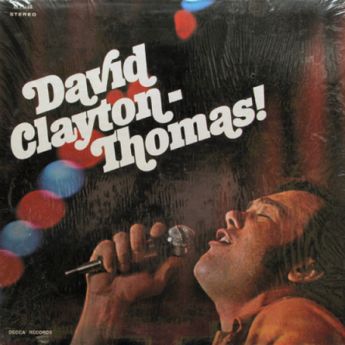 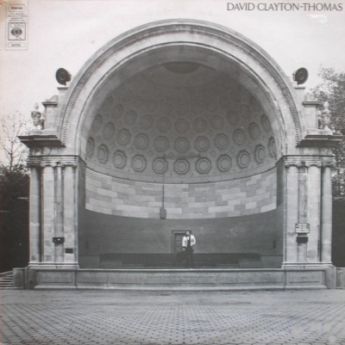 David Clayton-Thomas (1972): Digitally remastered edition of Clayton-Thomas' solo album released just after his departure as lead vocalist of Blood, Sweat & Tears in 1972. His solo sound does not deviate much from that with his former compadres (many of whom appear on these sessions). The difference was that Clayton-Thomas was in charge of this project and chose the songs and decided the arrangements himself for the most personal musical statement he could make.