Eric Burdon Declares "War" is the first of two original albums by funk band Eric Burdon & War, released on MGM Records in April 1970. It peaked at number 18 on record charts in the USA, number 50 in the UK, and number 7 in Australia. The back cover includes this declaration: "We the People, have declared War against the People, for the right to love each other". The album received a gold record award. All tracks written by War (Papa Dee Allen, Harold Brown, Eric Burdon, B.B. Dickerson, Lonnie Jordan, Charles Miller, Lee Oskar, Howard E. Scott) except where noted. Memphis Slim composed music under the name of Peter Chatman which was actually his father's name; on the original album the composer credit is misprinted as "P. Chapman".

The Black-Man's Burdon is a double album by funk band Eric Burdon and War, released in December 1970 on MGM Records. It was the last album by the group before Burdon left and the remaining band continued as War. The title is a pun on The Black Man's Burden, an expression which refers to black slavery, used as the title of a book by E. D. Morel (1920) in response to the poem, "The White Man's Burden" (1899) by Rudyard Kipling, which refers to (and champions) western imperialism (including its history of slavery). The album includes two suites based on songs by other artists: "Paint It Black" by The Rolling Stones, and "Nights in White Satin" by The Moody Blues, augmented by additional sections composed by the group. (Two similar suites appeared on the group's first album.) The extra material is mostly instrumental, except for "P.C. 3" (P.C. referring to Police Constable, a common abbreviation used in the United Kingdom), a risqué poem recited (and probably written) by Burdon over the music. Two other songs include a children's chorus credited as Sharon Scott and the Beautiful New Born Children of Southern California. Richie Unterberger of Allmusic says the album is "Composed mostly of sprawling psychedelic funk jams" and "it does find War mapping out much of the jazz/Latin/soul grooves...". 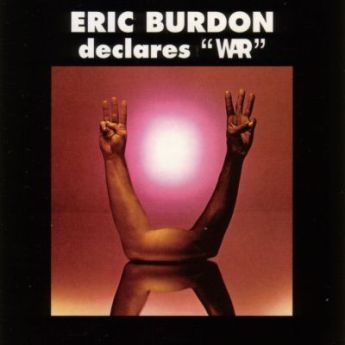 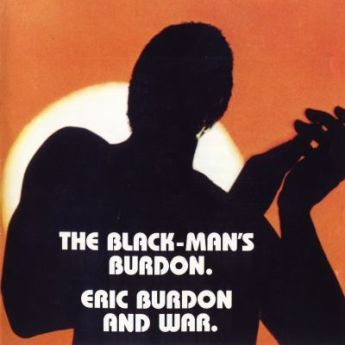 War is the third album by funk group War, and their first following the departure of singer Eric Burdon and the group's name change from the original Eric Burdon & War. It was released in March 1971 on United Artists Records, their first for the label. The album did not gain much attention upon release, but sales and critical acclaim picked up after their subsequent hit albums throughout the 1970s, the next appearing later in 1971. One single was taken from the album: "Lonely Feelin'" backed with "Sun Oh Son", which did not chart. Of the other songs, "War Drums" includes a chant of the band's name and appears to be an attempt at a group theme song; and "Fidel's Fantasy" generated some controversy over its spoken word monologue criticizing Fidel Castro. 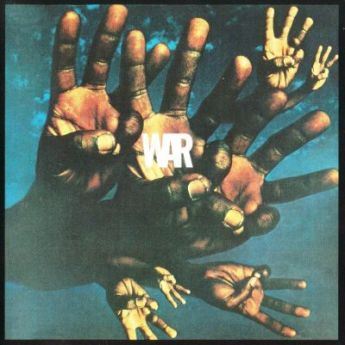 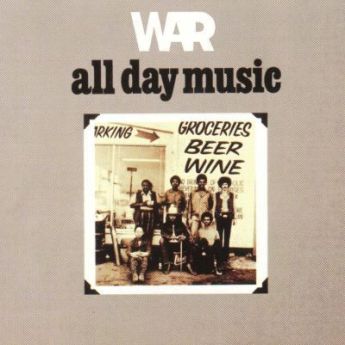 All Day Music is the fourth album by funk group War, released November 1971 on United Artists Records. All tracks composed by War (Papa Dee Allen, Harold Brown, B.B. Dickerson, Lonnie Jordan, Charles Miller, Lee Oskar, Howard E. Scott), except where indicated. "Slipping Into Darkness", issued in November 1971 (backed with "Nappy Head"), War's first big hit since their name change from Eric Burdon and War, was on the Billboard Hot 100 for 22 weeks and so tied with Gallery's "Nice to Be With You" for most weeks on that chart all within the calendar year 1972. (The spelling was changed slightly to "Slippin' into Darkness" for the single, and is also used on a CD edition of the album.) It became a gold record, and Billboard ranked it as the No. 23 song for 1972. A subtitle for "Nappy Head" claims it is the theme from Ghetto Man, but there does not appear to be any notable film or television series with this title, and it may refer to a series that never went into production. "Baby Brother" is a live track recorded at the Hollywood Bowl, June 30, 1971, at an event called the United Artists 99 Cent Spectacular; a studio version of this song retitled "Me and Baby Brother" appeared on a later album, Deliver the Word (1973).