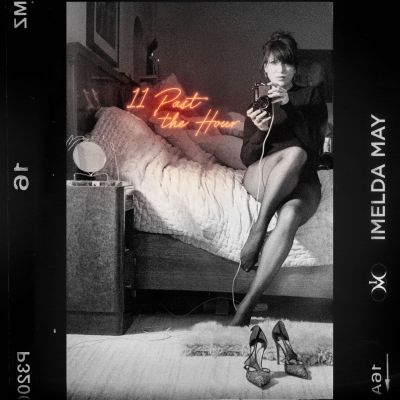 Imelda May is an Irish singer, songwriter and multi-instrumentalist. Although known primarily as a singer, she also plays the bodhrán, guitar, bass guitar and tambourine. Described as "a unique vocal talent," May is known for her musical style of rockabilly revival and has also been compared to female jazz musicians such as Billie Holiday.

11 Past the Hour is the sixth studio album by Irish singer-songwriter Imelda May. The album was released on 16 April 2021 by Decca Records. It is May's first album release in four years, following her previous album Life Love Flesh Blood (2017). "Just One Kiss", the first single from the album and a duet with Oasis member Noel Gallagher and featuring the Rolling Stones member Ronnie Wood, was released on 29 January 2021.The goal of the album is to show Imelda May returning to her most honest self. Truthful beauty, feminine intuition. Intelligence. Visually, we should be showing a soft sense of warm spirited grittiness. Intimate. At home. Behind the curtain Imelda's radiant smile and illuminating laughter. A nod to her roots. Irish Heritage & inherent connection to storytelling. Imelda's words as a lyricist/poet/writer & overall thread to her Irish roots as a storyteller is a key thread within the campaign. 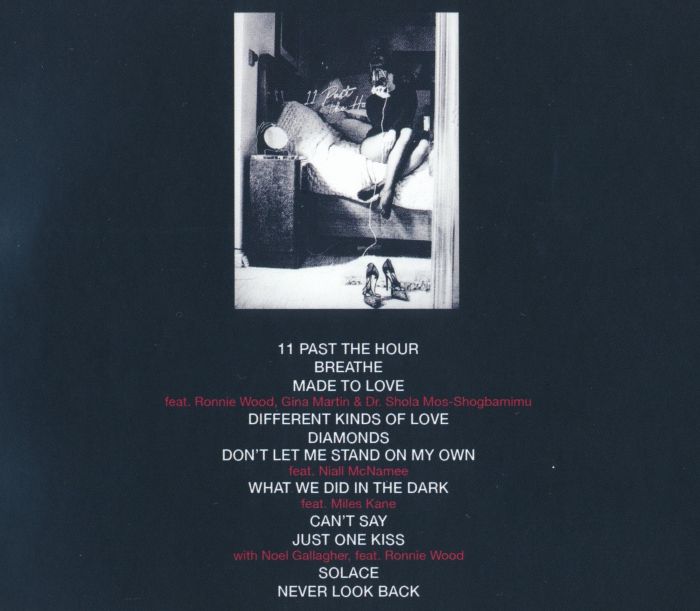