NRBQ is an American rock band founded by Terry Adams (piano), Steve Ferguson (guitar) and Joey Spampinato (bass). The group was formed around 1965. Adams disbanded the group for a time, and they re-formed in 1967. It is known for its live performances, containing a high degree of spontaneity and levity, and blending rock, pop, jazz, blues and Tin Pan Alley styles. Its current membership comprises the quartet of pianist Adams, bassist Casey McDonough, guitarist Scott Ligon, and drummer John Perrin. Some of the more notable members in the band's long history are singer, writer and bassist Joey Spampinato, guitarists Al Anderson and Johnny Spampinato; drummers Tom Staley and Tom Ardolino; and vocalist Frank Gadler. The abbreviation "NRBQ" stands for New Rhythm and Blues Quartet (originally Quintet). 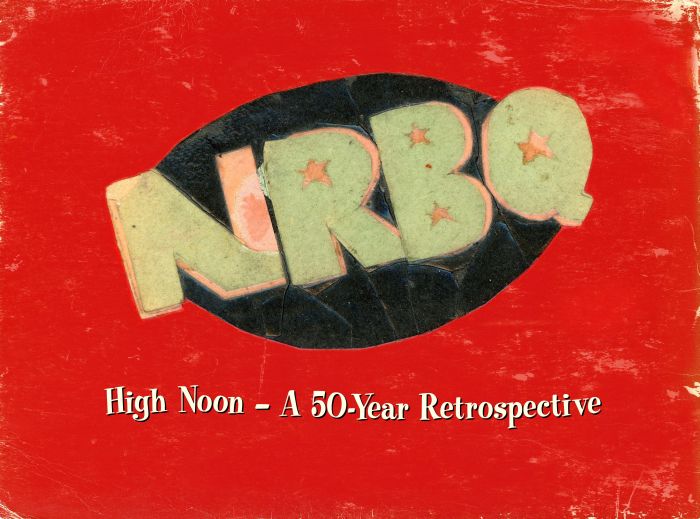 The first ever career-spanning boxed set, produced and compiled to celebrate 50 years of the New Rhythm and Blues Quartet - NRBQ! Founded in 1966 in Louisville, Kentucky, NRBQ has given their dedicated fan base decades of great recordings and exceptional live shows in countless festivals, clubs, colleges, and concert halls. No style of music is safe around NRBQ - their first Columbia album, for example, ranged from Eddie Cochran to Sun Ra and their own diverse compositions have been covered by artists including Bonnie Raitt, Dave Edmunds, She And Him, Steve Earle, Los Lobos, and Widespread Panic. There are very few bands that have lasted for half a century, and the list of those that are still at the top of their creative game is even smaller. Their legendary live shows are programmed on the spot, drawing on their own classics (“Me And The Boys,” “RC Cola And A Moon Pie,” “Wacky Tobacky,” “Ridin’ In My Car,” “12 Bar Blues” and “Christmas Wish”) along with great new material and countless other surprises. Their fans include Keith Richards, Wilco, The Replacements, Elvis Costello, R.E.M., and Bob Dylan among others and their songs have been featured on The Simpsons, Weeds, and Wilfred. With more than 30 albums recorded, they have proven themselves to be peerless musicians, songwriters and performers. So to celebrate NRBQ, Omnivore Recordings is proud to present High Noon: A 50-Year Retrospective consisting of five CDs of hits, rarities, concert staples and previously unissued gems (106 songs in all), all lovingly remastered, alongside extensive booklet notes and many previously unseen photos. After so many years of brilliant, unpredictable, joyfully exciting musical explorations on stage and in the studio, it’s time to honor NRBQ. Fifty years of celebrating is worth celebrating! 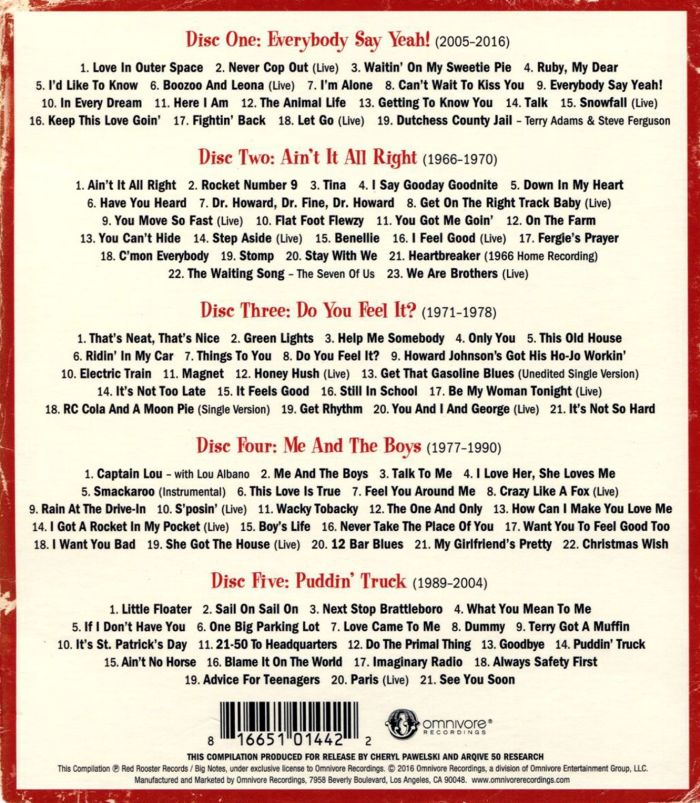