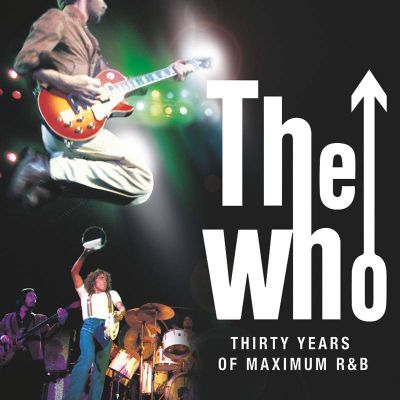 This exemplary four-disc box takes the high road, attempting nothing less than an honest reconstruction of the Who's stormy, adventurous, uneven pilgrimage. While offering an evenhanded cross-section of single hits and classic album tracks, 30 Years garnishes the expected high points with B-sides, alternate and live versions of familiar tracks, and the quartet's earliest singles as the High Numbers. Reinforcing the package's documentary agenda are interview and stage-patter sound bites. What emerges is a fascinating chronicle of how the Shepherd's Bush mods journeyed from the giddy, explosive concision of their January 1965 debut single, "I Can't Explain," to the discursive, knotty sweep of creative architect Pete Townshend's "rock operas," Tommy, Quadrophenia, and the uncompleted, unreleased Lifehouse. The Who's swift evolution into rock visionaries is traced chronologically, meaning the band's original immersion in "maximum R&B," which forged their earliest club dates, doesn't surface on record until midway through the sequence, on key tracks from their thundering Live at Leeds album. Fans may quibble over the relative weight given specific albums, but the shape of the Who's career and their passionate identification with their audience are rendered faithfully. So, too, is Townshend's skill at mingling issues of faith and identity with generational manifestoes and sly broadsides. And there's ample evidence of the quartet's outsize musical power; the sheer volume and violence that earned them notoriety early on is matched by a lyricism that deepens by mid career. Given the candor of the presentation, it's not surprising that 30 Years reaches its zenith midway through the set or that the last song (a reunion of the surviving trio covering Elton John) can't help seeming anticlimactic.

In July 1994, to mark the thirtieth anniversary of The Who’s first record release (as The High Numbers), Polydor/MCA released a four CD box set containing all their best known work, several rarities and a number of previously unreleased recordings. The package was extremely well received by critics. Q magazine in the UK gave it a maximum five star rating and described it as the best box set ever produced by any artist; similarly, Rolling Stone in the US gave it a maximum five stars too.