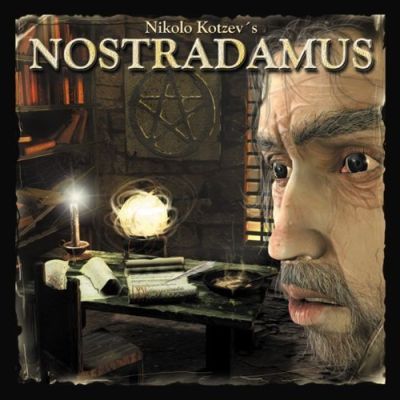 Born in Bulgaria, Nikolo Kotzev has lived in Finland since 1989. He is a brilliant guitarist and violin player. He worked for many years as a session musician. He was involved in the rock group Baltimoore, which was just him and Bjorn Lodin. That group released two albums, 1992's Double Density and Thoughts for Food the following year. In 1995, he recorded under the name of Brazen Abbot, releasing Live and Learn. The second Brazen Abbot disc, Eye of the Storm, was released in 1996. 1997 saw the release of Bad Religion under the same moniker. The next year, Kotzev started working on his most ambitious project, the double-disc rock opera Nostradamus. That album did not get released until 2001. There was a time in the '70s when rock operas were all the rage. Since then they have been pretty scarce, and many times with good reason. This rock opera is quite possibly the most successful attempt at the genre to have ever come around. The awesome results are probably greatly related to the fact that the CD's creator (Kotzev) is not only a rock composer, but also an accomplished classical composer. The result is a CD that combines prog metal work, progressive rock, and plenty of classical/operatic leanings to achieve a very potent mix. Kotzev also recruited a considerably impressive cast to fill out the roles in his creation. That cast includes such names as Alannah Myles, Sass Jordan, Glenn Hughes, and Joe Lynn Turner. The work is very powerful, emotional, and inspiring.

Nostradamus is a fascinating combination of powerful rock music mixed with orchestral elements involving a full blown symphonic orchestra as well as some of the most respected voices/talents in rock, Alannah Miles, Goran Edman, Yngwie Malmsteen, Glenn Hughes & Joe Lynn Turner. Composed by guitarist Nikolo Kotzev, it's based on the life & visions of the 16th century prophet. This CD isn't going to be for everyone, but regardless of that and what style suits your tastes, this is a masterpiece. 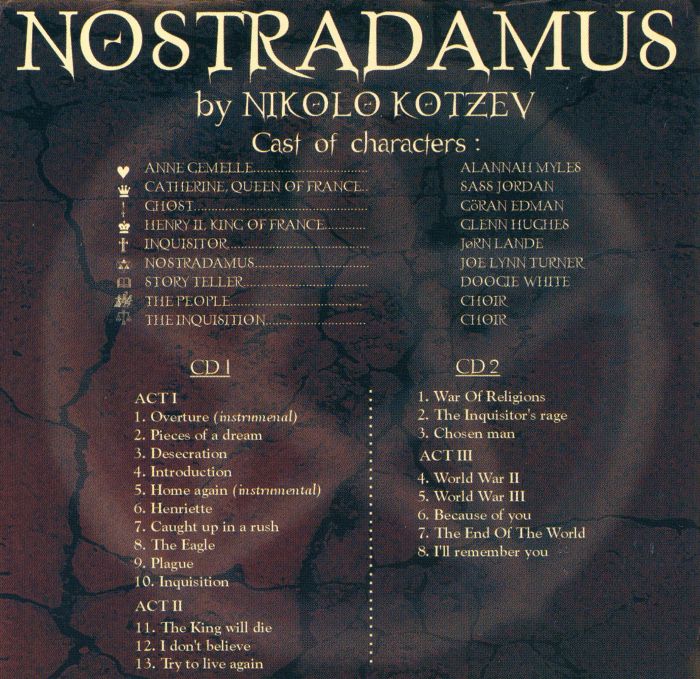