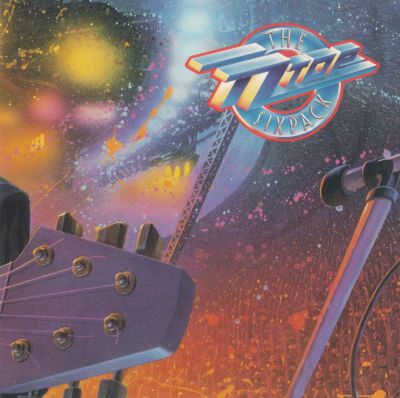 The Six Pack is a box set released in 1987 by the American blues rock band ZZ Top. The compilation consisted of the first five albums by the band, digitally remixed to add newly recorded contemporary-sounding drum machine and rhythm tracks, digital reverb and distortion, and the original mix of the band's seventh album, El Loco. The remixing gave these releases a sound similar to Eliminator. The resulting remixes were also reissued on the standalone compact disc releases of the albums. Until 2006, these remixes were the only versions of these albums available. All of the albums, except El Loco and the live tracks from Fandango! were remixed with 1980s percussion. This was done due to the success of the albums Eliminator and Afterburner, on which the band had found success by using such percussion. These were used for the single CD versions of the albums as well. In 2006, the original mixes of Tres Hombres and Fandango! were released on CD. Several tracks from the remaining albums appeared on the box set Chrome, Smoke & BBQ, and its companion compilation release Rancho Texicano until 2013 when the albums were re-released on CD with the original mixes restored. 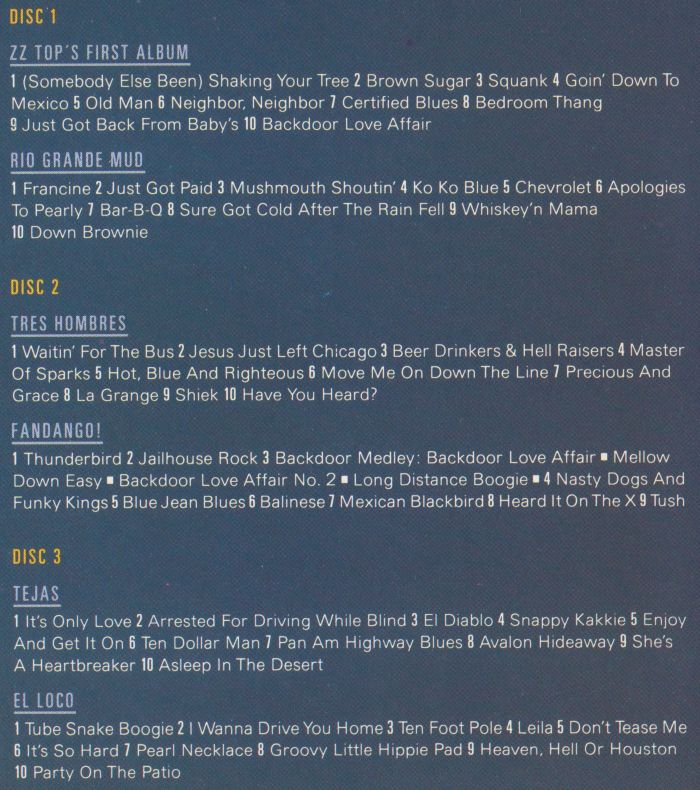