Long Distance Voyager is the tenth album by the Moody Blues, first released in May 1981 on the group's Threshold record label. It was the group's first album featuring keyboardist Patrick Moraz (who previously had worked with bands such as Refugee and Yes) in place of co-founder Mike Pinder, who left after Octave in 1978. Upon release in 1981, Long Distance Voyager became the Moody Blues' second American number one album, and was also the source of the Top 20 singles "Gemini Dream" (#12) and "The Voice" (#15). It also continued their winning streak in their native United Kingdom, reaching #7 there. In November 2008, the album was remastered and released on CD with one extra track. Long Distance Voyager is only partially a concept album, as only half of the songs relate to the "voyager" referred to in the album's title. The final three tracks comprise a mini-suite that combines themes of carnival jesters and the chaos experienced backstage at a rock show. The cover for the album was a painting from the Arts Union Glasgow, while the sleeve was based on a concept by the Moody Blues which was designed by Cream, who were in charge of the album's artwork. 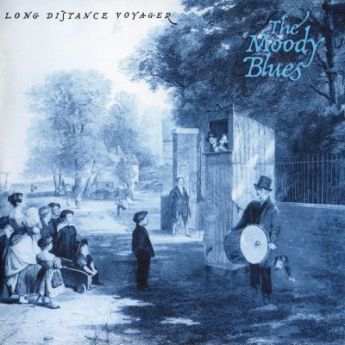 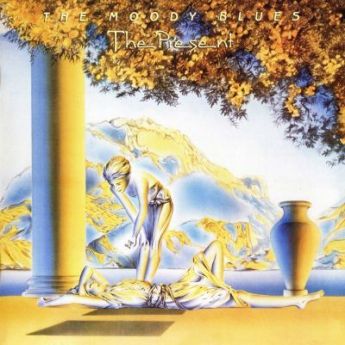 The Present is the eleventh album by the Moody Blues, released in 1983. The album is the second of the Patrick Moraz era. It provided three minor hit singles in the U.S. with "Blue World" (#62), "Sitting at the Wheel" (#27) and "Running Water". The album has a track sequence designed to capitalise on the legacy of the more successful Long Distance Voyager, with Justin Hayward's songs at the beginning and Ray Thomas's at the end. The cover is a pastiche of Maxfield Parrish's painting Daybreak. The album was supported by The Present Tour. In November 2008 the album was remastered and released on CD with two extra tracks.

The Other Side of Life is the twelfth studio album by English progressive rock band the Moody Blues, released in 1986 by Polydor Records. The Other Side of Life was the third recording with Swiss keyboardist Patrick Moraz and the first for flutist and vocalist Ray Thomas not to play a major role. The main songwriters were vocalist/guitarist Justin Hayward and bassist John Lodge, with only one song, "The Spirit", composed by Moraz and drummer Graeme Edge. The music on the album is characterized by the heavy use of synthesizers, sequencers and drum machines, to the point that it could be classified as synth-pop, a sharp change in style for a band that had stood at the origins of symphonic rock. The album was recorded at Good Earth Studios in London and produced by Tony Visconti. Anthony DeCurtis in his review for Rolling Stone sested that the album for the most part "plays to the Moodys' longstanding musical strengths: luscious symphonic textures, rich, stately melodies and densely overlaid vocal arrangements" and praised the band for successfully avoiding pompous lyrics, which he felt were present only on "The Spirit". 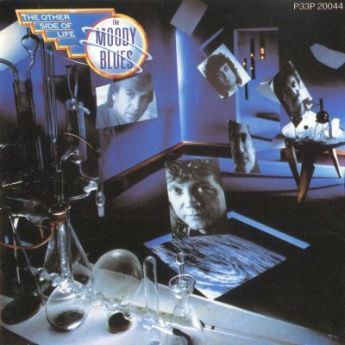 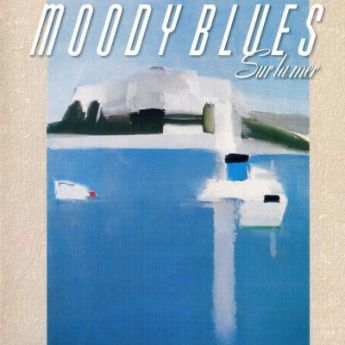 Sur la Mer is the thirteenth album by The Moody Blues. It was released in 1988. It features the hit single "I Know You're Out There Somewhere", a sequel to their 1986 hit "Your Wildest Dreams". Much of the music on the album would fit in the "synthpop" genre, though it does bear more rock and acoustic influences than its predecessor. Flautist and vocalist Ray Thomas did not appear on the album, although he remained a member of the band at the time during which it was recorded.