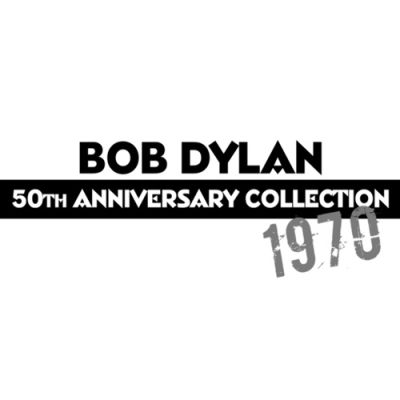 A tiny number of Bob Dylan fans scored a valuable collectible on Sunday when a three-disc collection of songs cut in 1970, including the legendary George Harrison sessions, was quietly put on sale via the U.K. store Badlands. “This release is strictly limited to 1 unit per customer,” the store wrote when announcing Bob Dylan – 50th Anniversary Collection 1970. “Extremely limited release. It will sell out instantly … Thank you and best of luck.” This collection was released in response to a European law stipulating that recordings enter the public domain 50 years after their creation if they aren’t officially released by the copyright holder. To avoid legal Bob Dylan bootlegs from flooding the market, his camp has released yearly copyright protection releases going back to 2012 when the complete 1962 recordings came out.

This new one likely has a broader appeal than previous ones since it features Dylan and George Harrison’s complete May 1st, 1970 session where they casually jam on Dylan oldies like “One Too Many Mornings” and “It Ain’t Me Babe” along with the Beatles’ “Yesterday” and numerous tunes from the then-in-progress New Morning. It has circulated as a bootleg for years, but the sound quality on this is presumably a significant upgrade from anything heard before. It is rounded out by other recordings from the New Morning sessions where Dylan is joined by session pros like organist Al Kooper, bassist Charlie Daniels, drummer Russ Kunkel, guitarist David Bromberg, bassist Stu Woods and drummer Alvin Rogers. 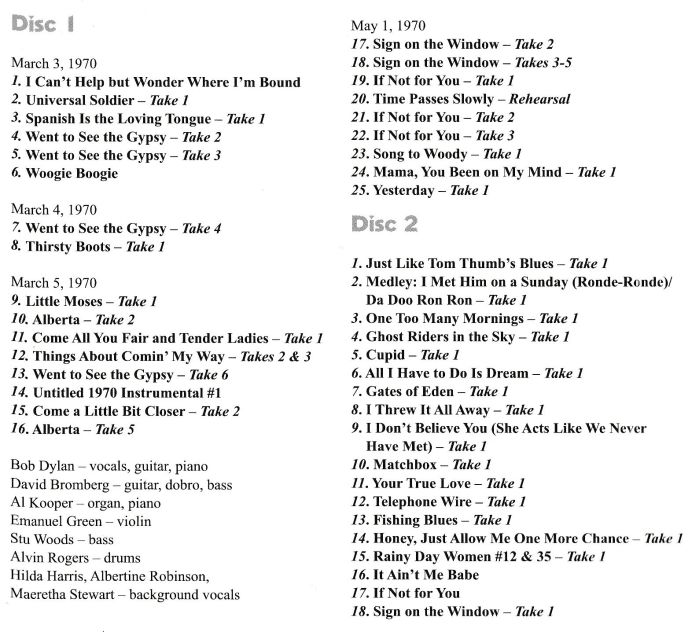 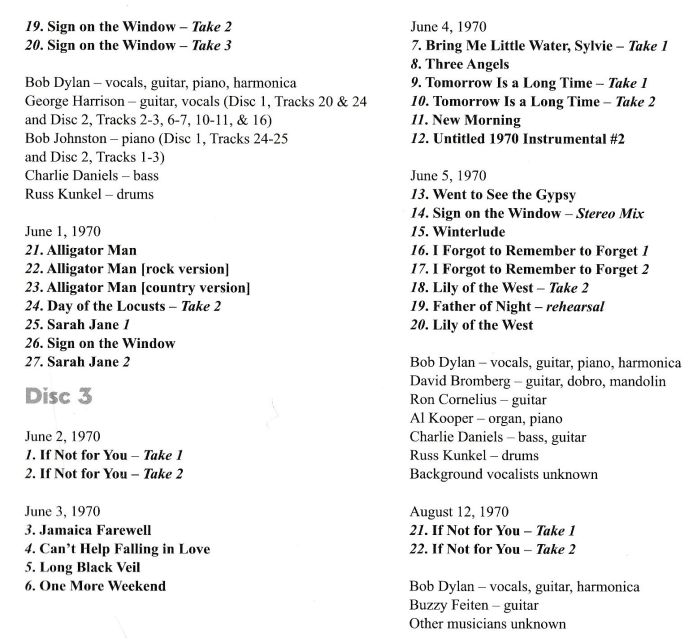