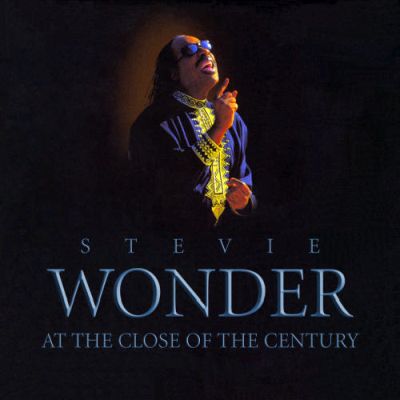 He's been called one of the most influential performers and songwriters of the century, but until 1999 Stevie Wonder didn't even have a box set to call his own. Such was the reissue campaign at Motown that, until very recently, some of the best pop music of the '60s sounded poorer in reissue form than when it was first played on AM radio. In 1996, the long-awaited Stevie Wonder digital-age hits package Song Review reached the shelves, but it didn't even follow compilation etiquette (that is, chronological order). Finally, At the Close of a Century made everything right -- complete with digital remastering, near-perfect sound, complete coverage of his epic career, an attractive design, and copious liner notes and pictures. The box, a four-disc set spanning 1962 to 1996, debuts with "Fingertips, Pts. 1 & 2," the long-unheard seven-minute version of his first hit. The first disc includes every hit that fans can remember, including great-sounding versions of "Uptight (Everything's Alright)" and "Hey Love," plus plenty of moderate hits they may not remember, like his definitive cover of the Beatles' "We Can Work It Out." Disc two features more than a dozen of his biggest hits, including "Superstition," "You Are the Sunshine of My Life," "Living for the City," "Higher Ground," and "Boogie On Reggae Woman." Disc three begins with no less than nine tracks from Songs in the Key of Life, his standout double album from 1976. Right into the '80s and '90s, Stevie Wonder remained at the top of the charts, with hits like "Rocket Love," "Master Blaster (Jammin')," "Happy Birthday," "I Just Called to Say I Love You," and "Part-Time Lover." It took far too long, but Motown finally issued a box set worthy of Stevie Wonder's continuing artistry. 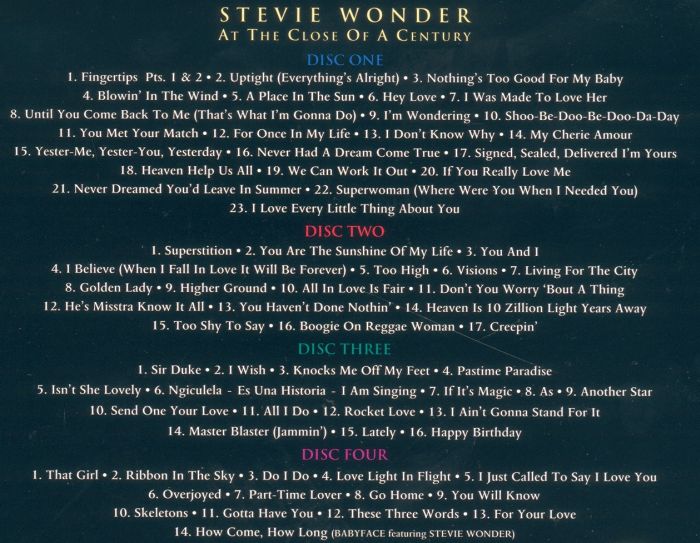