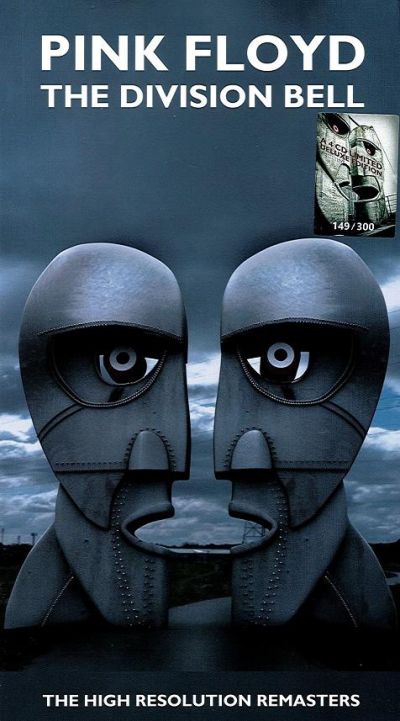 The Division Bell is the fourteenth studio album by the English progressive rock band Pink Floyd, released on 28 March 1994 by EMI Records in the United Kingdom and on 4 April by Columbia Records in the United States. The second Pink Floyd album recorded without founding member Roger Waters, The Division Bell was written mostly by guitarist and singer David Gilmour and keyboardist Richard Wright. It features Wright's first lead vocal on a Pink Floyd album since The Dark Side of the Moon (1973). Gilmour's fiancée, novelist Polly Samson, co-wrote many of the lyrics, which deal with themes of communication. It was the last Pink Floyd album recorded with Wright, who died in 2008. Recording took place in locations including the band's Britannia Row Studios and Gilmour's houseboat, Astoria. The production team included longtime Pink Floyd collaborators such as producer Bob Ezrin, engineer Andy Jackson, saxophonist Dick Parry, and bassist Guy Pratt. The Division Bell received mixed reviews, but reached number one in more than 10 countries, including the UK and the US. It was certified double platinum in the US the year it was released, and triple platinum in 1999. It was followed by a tour of the US and Europe. The album won the Grammy for Best Rock Instrumental Performance on "Marooned". The Division Bell was nominated for the 1995 Brit Award for Best Album by a British Artist, but lost to Blur's Parklife. In Uncut's 2011 Pink Floyd: The Ultimate Music Guide, Graeme Thomson wrote that The Division Bell "might just be the dark horse of the Floyd canon. The opening triptych of songs is a hugely impressive return to something very close to the eternal essence of Pink Floyd, and much of the rest retains a quiet power and a meditative quality that betrays a genuine sense of unity.

Limited Edition of 300 numbered copies. Incl. a 12 page booklet with the complete tracklistings and information. All tracks newly remastered. 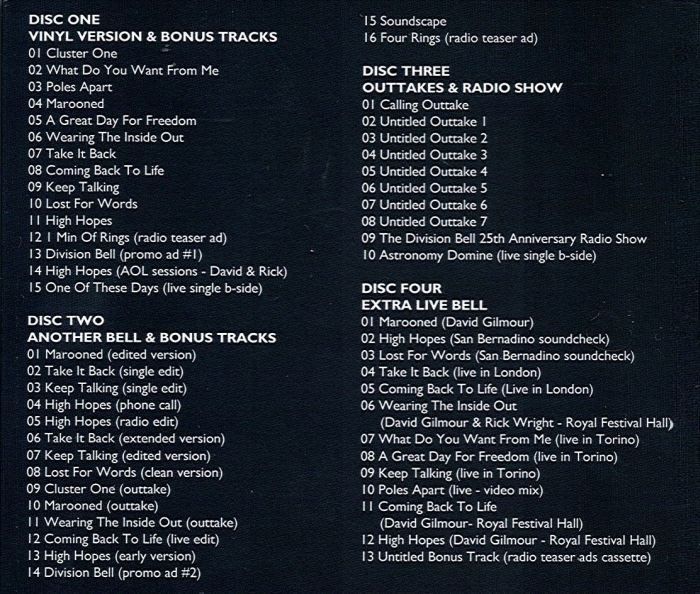