Originally released in 1972, Cosmo - the only solo effort from Creedence Clearwater Revival’s drummer Doug "Cosmo" Clifford - was recorded not long after the breakup of the legendary Bay Area band. Encompassing elements of country and R&B, plus plenty of up-tempo hooks, Cosmo includes eight original compositions, plus covers of tracks from the Spencer Davis Group ("I’m a Man"), John Sebastian’s "Daydream"and Doug Sahm’s "She’s About a Mover".The album features CCR’s bassist Stu Cook on rhythm guitar, legendary sideman and Stax session musician Donald Duck" Dunn on bass, plus members of Tower of Power on horns. Available for the first time in 45 years, the album is newly remastered by Clifford, pressed on 180-gram vinyl and housed in an old-school-style, tip-on jacket. A perfect addition to every CCR fan’s record collection. 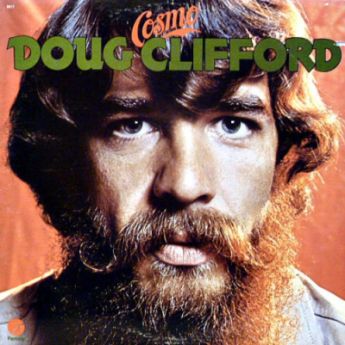 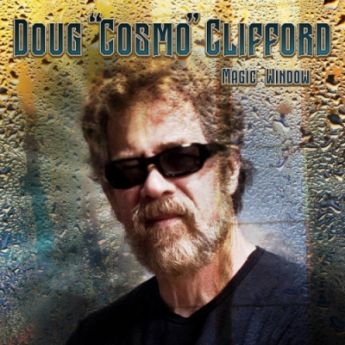 After Creedence Clearwater Revival broke up in the early 1970s, drummer Doug “Cosmo” Clifford released a self-titled solo album, featuring music that was somewhat in the same vein as what CCR was doing. He then, along with CCR bassist Stu Cook, joined the Don Harrison Band, and seemed to abandon any sort of solo career. However, now a previously unreleased solo album is making its way into the world, and for many of us, it is our first opportunity to hear him sing. And it turns out he has a pretty damn good voice. These tracks were recorded in 1985, the same year fellow CCR member John Fogerty released Centerfield, to put things into some sort of perspective. This album (Magic Window) has quite a different sound and vibe from that album. It features all original material, written or co-written by Doug “Cosmo” Clifford. Joining the vocalist/drummer on these tracks are Russell DaShiell on guitar, synthesizer and backing vocals; Chris Solberg on bass and keys; and – on a couple of tracks – Rob Polomsky on rhythm guitar.