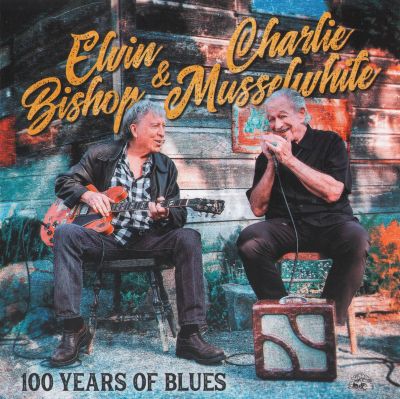 Rock And Roll Hall Of Fame guitarist Elvin Bishop and Grammy-winning harmonica player Charlie Musselwhite drop their first-ever album as a duo, 100 Years of Blues, September 25th, 2020 on Alligator Records. Both have long, distinguished musical careers that reach back to the 1960s, have toured the world and elsewhere, and have tracked dozens of albums but have never released a record of just the two of them putting out their blues. That’s a little surprising, considering that they’re close friends and fishing buddies, but life is busy when you’re among the finest blues musicians in the world. Produced by Kid Andersen, 100 Years of Blues is a lowdown, back porch type of session that features nine new original songs by Elvin and Charlie and covers of numbers by Roosevelt Sykes, Leroy Carr and Sonny Boy Williamson. It’s the kind of set blues fans love the best: unadorned, raw, and real, with nothing to get in the way of what these two do best. Elvin and Charlie have been soaking the blues up since their childhoods in the American South. Bishop came up in Oklahoma and Musselwhite in Mississippi and Memphis, Tennessee. Both began playing their instruments with no plans to become pros but both also wound up in Chicago, the blues capital, in the early 60s. Bishop came north to attend college and Musselwhite came looking for work. They ended up being some of the only white faces in Chicago’s South Side blues clubs but were quickly accepted by the veteran musicians they met – Elvin by Little Smokey Smothers, Hound Dog Taylor, J.T. Brown, and Junior Wells, and Charlie by Big Joe Williams, Big Walter Horton, and, eventually, by Muddy Waters. Both men went on to win fame by introducing blues music to the rock and roll crowd. Bishop did it with The Paul Butterfield Blues Band and his own genre-bending Elvin Bishop Group and Musselwhite made his mark with his wide-ranging and influential recordings as the leader of his own band. The two have remained in the top level of American musicians ever since and have become permanent parts of blues history. 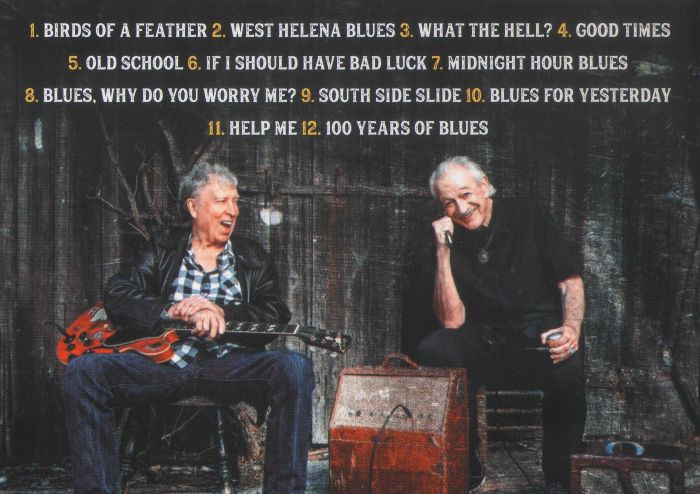