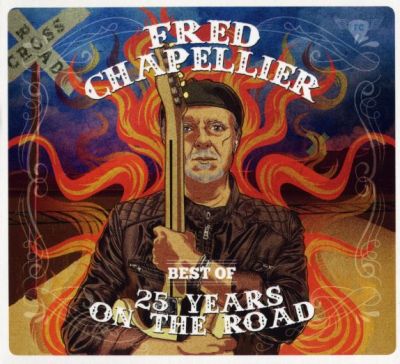 If the Blues is the music of one’s life, we can only rejoice of the release of this double CD (combining studio and live recordings) celebrating the 25 first years of Fred Chapelier’s career. It means that this compilation is only a step in a career in progress. Be assured that you will get many more opportunities to praise the outsized talent of such an endearing character. Meanwhile, enjoy the pleasure to immerse into this beautiful slice of a career whose main asset is certainly consistency. Because Chapellier never had any « warm up period » contrary to some first albums whose sole quality seem to be their very existence. « Blues Devil » in 2003 and « L’Sil du Blues » in 2005 have been unanimously hailed for their artistic achievement. Chapellier is world class and it was only natural that, when he joined Dixiefrog in 2007, he paid homage to his world class idol Roy Buchanan (« A Tribute to Roy Buchanan »). A CD considered as a milestone, recorded, of course, with a galaxy of world class musicians: Billy Price, the last lead singer in Buchanan’s band, Neal Black, Tom Principato and Jean-Alain Roussel, also co-producer of the album.

What came next was a magnificent musical journey made up of 8 albums.In some he was calling the shots, such as in « Electric Fingers » and « It Never Comes Easy » when others were shared projects: « Night Work » and « Live on Stage » with Billy Price, « BTC » with Neal Black and Nico Wayne Toussaint or « Set Me Free » with The Gents and excellent vocals by Dale Blade. Not forgetting two live recordings, « Electric Communion » and the fabulous « Fred Chapellier Plays Peter Green », another of Chapellier’s world class idol, Green being the founder of Fleetwood Mac. What an amazing range for this mind blowing guitar player who is also (mostly?) a top songwriter and a natural born Soul singer. The whole range of his sonic richness is truly remarkable, a fact vividly expressed in the 32 tracks of this double CD (18 studio recordings and 14 songs captured live). If the Blues is the unifying thread of the album, Soul music is never far away and it’s no coincidence that the studio part of the CD opens with an impeccable version of Bobby « Blue » Bland’s « Ain’t No Love In The Heart of the City », Bland being viewed as one of the creators of the Soul Blues genre. As a great news never comes alone, two completely new dazzlings songs grace the album: « I’m A Ram » in the live part and « Beyond The Moon – Part II » in the studio section. Just perfect ! 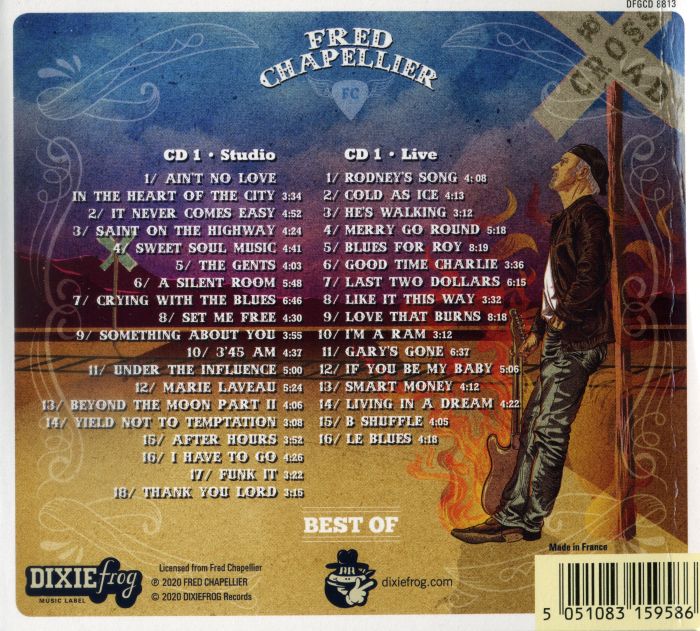