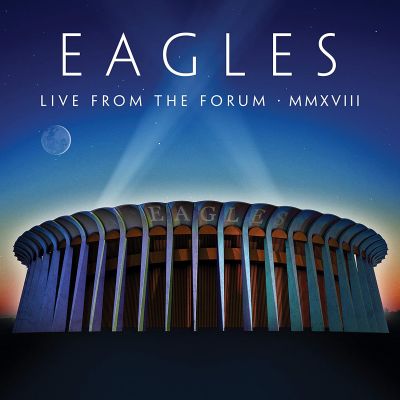 Today the Eagles retain an appeal that transcends both generation and genre, cementing the band’s role as enduring musical icons. As the best-selling American band of the ’70s, and one of the top-selling acts of all time, the Eagles have sold more than 150 million albums worldwide, scored six #1 albums and topped the singles charts five times. They have won six GRAMMY® Awards, were inducted into the Rock & Roll Hall of Fame in 1998, in their first year of eligibility, and received the Kennedy Center Honors in 2016. The Eagles spent most of 2018 on the road with an extensive North American tour that found Don Henley, Joe Walsh, and Timothy B. Schmit joined by two new bandmates: Deacon Frey and Vince Gill. Earning rave reviews from fans and critics alike, the quintet was firing on all cylinders when they arrived at the Forum in Los Angeles for three sold-out, hometown shows on September 12, 14, and 15. Highlights from all three shows have now been compiled for a new 26-song live album and concert film Live From The Forum MMXVIII. Live From The Forum MMXVIII captures definitive live performances of the band’s most iconic hits (“Hotel California,” “Take It Easy,” “Life In The Fast Lane,” “Desperado”) and beloved album tracks (“Ol’ 55,” “Those Shoes”), along with some of the individual members’ biggest solo smashes (Don Henley’s “Boys Of Summer,” Vince Gill’s “Don’t Let Our Love Start Slippin’ Away,” Joe Walsh’s “Rocky Mountain Way”).

Live from The Forum MMXVIII captures Eagles’ triumphant three-night stand at the Forum on Sept. 12, 14 and 15, 2018. Highlights from all three nights have been compiled into this concert film, which features 26 songs and includes the first Eagles recordings with Vince Gill and Deacon Frey. 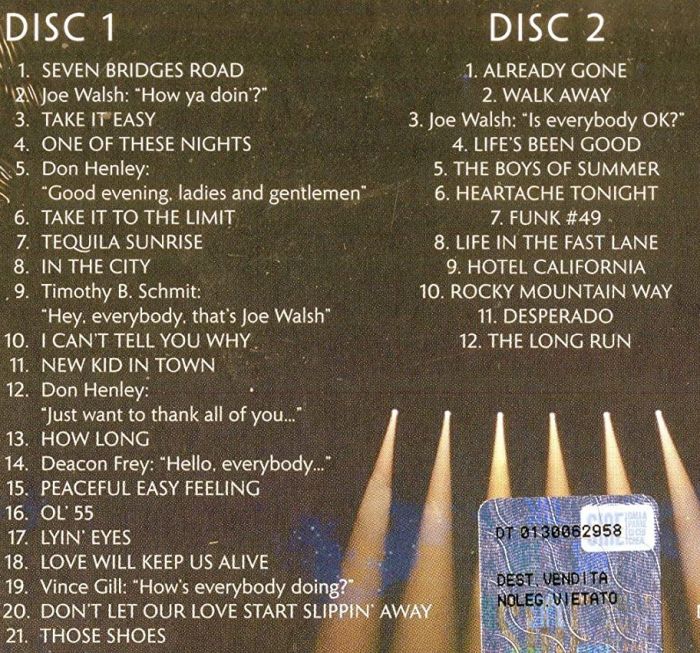