Albert King cut his teeth on the blues circuits of Arkansas and St. Louis, developing his style in a number of electric outfits. His recording career was, at least initially, erratic, though the quality of the sides he cut for the Parrot, King, and Coun-Tree imprints certainly was not. It wasn't until King signed to Stax in 1966, however, and the guitarist's electric blues fused with the muscular bass, funky guitars, and sparkling horns of the label's outstanding session players, that he found his first home. King stayed with the label for eight years, leaving only when Stax was entering its financial decline. Funky London manages to dig up a few from the period that nearly got away, compiling three 45 sides and six unreleased tracks. The singles include a pair of instrumentals (a cover of James Brown's "Cold Sweat" and "Funky London," a dispensable, up-tempo 12-bar workout) and one vocal ("Can't You See What You're Doing to Me"). By the nature of the material, those songs and the six that follow lack the cohesiveness of an album, though the quality of the music ultimately prevails. Downshifting for "Lonesome," the combo is steeped in the blues. After a false start ("What's the matter with y'all!?" asks King), the band begins again, King's crying guitar lines joined by keyboard commentary, smoky threads of wah-wah guitar and an exquisite horn arrangement. "Sweet Fingers" is an excellent example of funky blues ensemble playing and "Driving Wheel" a fine interpretation of the Roosevelt Sykes tune. Perhaps most important is the fact that the majority of the music here maintains the standards established on King's official Stax releases, making this a desirable set. 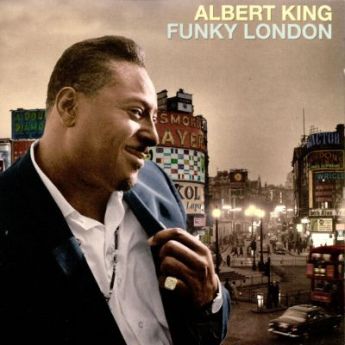 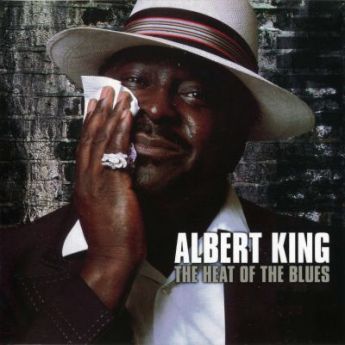 Albert King was one of the Three Kings of the electric Blues guitar. Together with his unrelated namesakes, B.B. and Freddie, he defined post-World War II electric Blues, influencing the future sounds of Blues, Soul and Rock & Roll. A master of the single-string attack, Albert played his trademark Flying V guitar left-handed, without re-stringing the instrument, thus creating his own distinctive style and totally unique tone. He influenced a new generation of guitar players that included the likes of Stevie Ray Vaughan, Jimi Hendrix and Eric Clapton. A value-added combination of four of the blues guitar legend Albert King's albums, dating from the 1970s to the 1990s, this two-disc best-of notably includes his 1979 Allen Toussaint-produced set New Orleans Heat, as well as the workmanlike R&B of 1977's Albert King. Among the highlights are a reworking of Toussaint's "Get Out My Life Woman" and the guitarist's own "Born Under a Bad Sign," and there's also the bonus of King's unlikely yet frequently performed version of Ray Noble's standard "The Very Thought of You," with full string accompaniment. As you'd expect from a chronicle of the master's late-period work, funky, fatback rhythm, horns, and stinging guitar work predominate, overlaid with King's good-natured, relaxed baritone vocals.