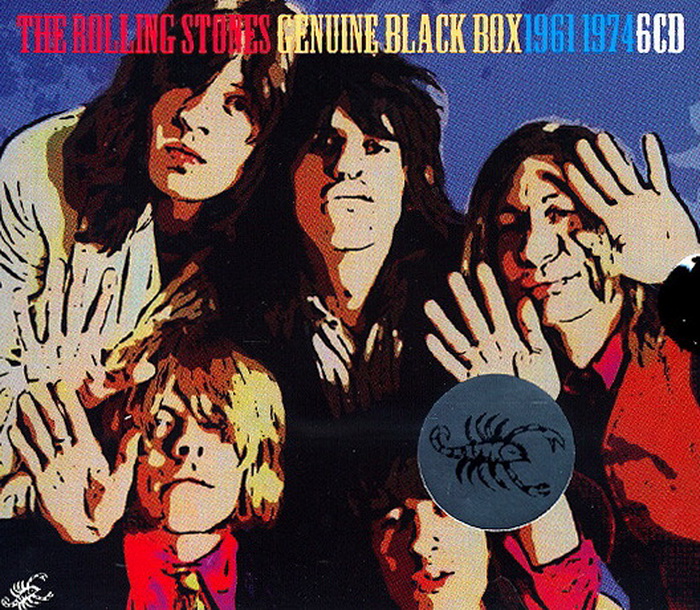 Rolling Stones compilations have been produced and in circulation almost from the beginning of the band. The first was Big Hits (High Tide and Green Grass) released in 1966, and the intervening years saw many more including Through the Past, Darkly (Big Hits Vol. 2) in 1969. Three were released in 1971 alone. The first two, Stone Age, and Gimme Shelter were issued without the consent of the band. The third was Hot Rocks 1964-1971 issued in December. It was compiled with the band’s consent and served as a summary of the Decca years. Genuine Black Box on Scorpio is the latest and perhaps best attempt at this much lost compilation. It is six discs dating from the earliest Little Boy Blue & The Blue Boys session to Mick Taylor’s final studio recordings with the band encompassing 144 performances collected together in a comprehensive anthology. “Presenting the best available quality, studio outtake, demo, rehearsal, alternative, rare, withdrawn or otherwise unavailable recordings from the band’s golden era, this collection provides the most authoritative overview to date of The Rolling Stones’ recording career.” The three 2CD titles are packaged in a double slimline jewel case, each with thick booklets with copious amounts of liner notes and annotations for each track and printed on glossy high quality paper. The three are housed in a thick slip case and several post cards are also included in the packaging. This has to be one of the nicest looking and sounding Rolling Stones titles produced.

This amazing strictly limited edition box set is a collection of material spanning the peak years of the Rolling Stones from 1961 to 1974. It collects almost eight hours of the choicest rarities, unissued songs, rehearsals, demos, instrumentals, alternate mixes, outtakes and more from the band's earliest known recordings through to the final session Mick Taylor played on. Featuring 144 performances in the best existing quality this is the definitive collection detailing the first 13 years of the Rolling Stones. Limited edition of 1000 numbered copies. 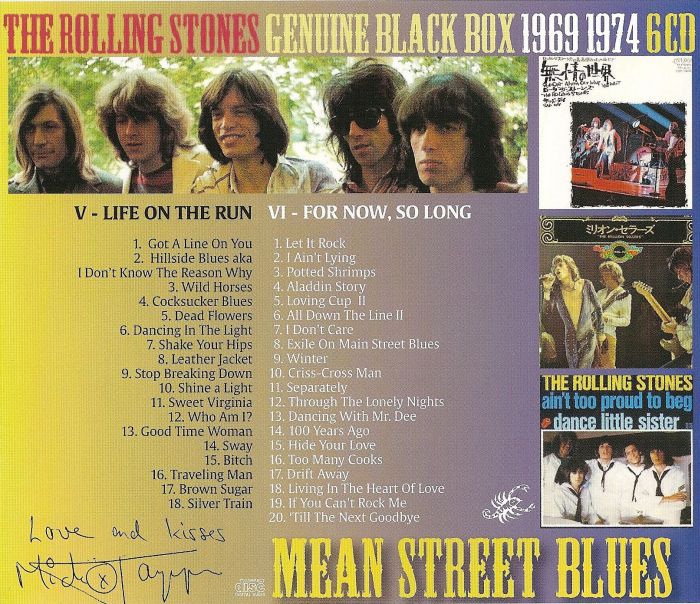