Queen is the debut studio album by the British rock band Queen. Released on 13 July 1973 by EMI Records in the UK and by Elektra Records in the US, it was recorded at Trident Studios and De Lane Lea Music Centre, London, with production by Roy Thomas Baker, John Anthony and the band members themselves. The album was influenced by heavy metal and progressive rock. The lyrics are based on a variety of topics, including folklore ("My Fairy King") and religion ("Jesus"). Lead singer Freddie Mercury wrote five of the ten tracks, lead guitarist Brian May wrote four songs (including "Doing All Right", which he co-wrote with his Smile bandmate Tim Staffell), and drummer Roger Taylor both wrote and sang "Modern Times Rock and Roll". The final song on the album is a short instrumental version of "Seven Seas of Rhye," the full version of which would appear on the band's second album, Queen II. 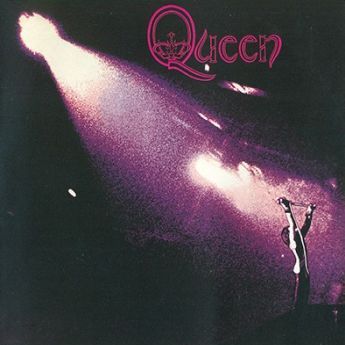 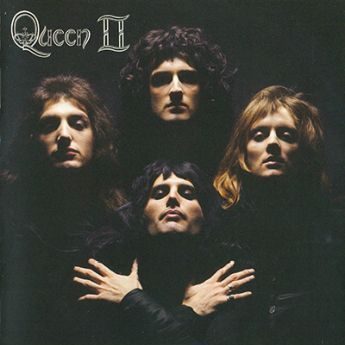 Queen II is the second studio album by the British rock band Queen. It was released on 8 March 1974 by EMI Records in the UK and by Elektra Records in the US. It was recorded at Trident Studios and Langham 1 Studios, London, in August 1973 with co-producers Roy Thomas Baker and Robin Geoffrey Cable, and engineered by Mike Stone. Described as "arguably the heaviest Queen album", Queen II marked the end of the first phase of the band's career. The album combines a heavy rock sound with art rock and progressive rock elements, and has been called "a pillar of grandiose, assaultive hard rock" by the Rock and Roll Hall of Fame. Queen II is not a concept album but a collection of songs with a loose theme running throughout. The two sides of the original LP were labelled "Side White" and "Side Black" (instead of the conventional sides "A" and "B"), with corresponding photos of the band dressed in white or in black on either side of the record's label face. The white side has songs with a more emotional theme and the black side is almost entirely about fantasy, often with quite dark themes. Mick Rock's iconic cover photograph was frequently re-used by the band throughout its career, including the music videos for the songs "Bohemian Rhapsody" (1975), and "One Vision" (1985).

Sheer Heart Attack is the third studio album by the British rock band Queen, released on 8 November 1974 by EMI Records in the United Kingdom and by Elektra Records in the United States. Digressing from the progressive themes featured on their first two albums, this album featured more pop-centric and conventional rock tracks and marked a step towards the "classic" Queen sound. It was produced by the band and Roy Thomas Baker and launched Queen to mainstream popularity in the UK and throughout the world. After the release of Queen II, the group embarked on a promotional tour with Mott the Hoople. However, in the middle of the tour, Brian May was struck down with illness, forcing the entire tour to end early. Much of the album was written while May was recovering in hospital; nonetheless, the album's first single "Killer Queen" reached number 2 in the British charts and provided them with their first top 20 hit in the U.S., peaking at number 12 on the Billboard singles chart. Sheer Heart Attack was the first Queen album to hit the U.S. top 20, peaking at number 12 in 1975. The album has been acknowledged for containing "a wealth of outstanding hard rock guitar tracks". Retrospectively, it has been listed by multiple publications as one of the band's best works and has been deemed an essential glam rock album. 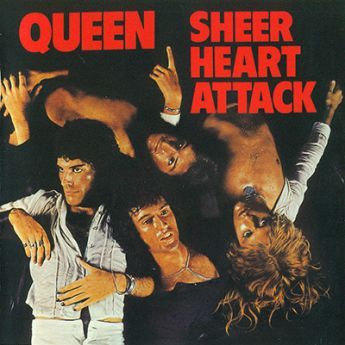 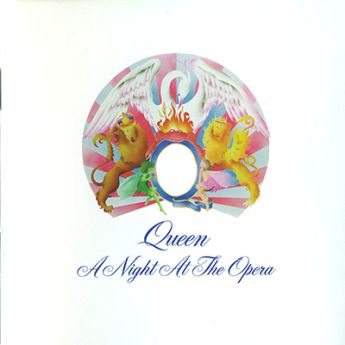 A Night at the Opera is the fourth studio album by the British rock band Queen, released on 21 November 1975 by EMI Records in the United Kingdom and by Elektra Records in the United States. Produced by Roy Thomas Baker and Queen, it was reportedly the most expensive album ever recorded at the time of its release. The album's title is taken from the Marx Brothers film of the same name. A Night at the Opera was recorded at various studios across a four-month period in 1975. Due to management issues, Queen had received almost none of the money they earned for their previous albums. Subsequently, they ended their contract with Trident Studios and did not use their studios for the album (with the sole exception being "God Save the Queen", which had been recorded the previous year). They employed a complex production that extensively used multitrack recording, and the songs incorporated a wide range of styles, such as ballads, music hall, dixieland, hard rock and progressive rock influences. Aside from their usual equipment, Queen also utilised a diverse range of instruments such as a double bass, harp, ukulele and more. Upon release, A Night at the Opera topped the UK Albums Chart for four non-consecutive weeks. It peaked at number four on the US Billboard 200 and became the band's first platinum-certified album in the US. The worldwide sales for the album are over six million copies. It also produced the band's most successful single in the UK, "Bohemian Rhapsody", which became their first UK number one. Despite being twice as long as the average length of singles during the 1970s, the song became immensely popular worldwide.