The best British folk-rock band of the late '60s, Fairport Convention did more than any other act to develop a truly British variation on the folk-rock prototype by drawing upon traditional material and styles indigenous to the British Isles. While the revved-up renditions of traditional British folk tunes drew the most critical attention, the group members were also (at least at the outset) talented songwriters as well as interpreters. They were comfortable with conventional harmony-based folk-rock as well as tunes that drew upon more explicitly traditional sources, and boasted some of the best singers and instrumentalists of the day. A revolving door of personnel changes, however, saw the exit of their most distinguished talents, and basically changed the band into a living museum piece after the early '70s, albeit an enjoyable one with integrity. When Fairport formed around 1967, their goal was not to revive British folk numbers, but to play harmony- and guitar-based folk-rock in a style strongly influenced by Californian groups of the day (especially the Byrds). The lineup that recorded their self-titled debut album in 1968 featured Richard Thompson, Ian Matthews, and Simon Nicol on guitars; Ashley Hutchings on bass; Judy Dyble on vocals; and Martin Lamble on drums. Most of the members sang, though Matthews and Dyble were the strongest vocalists in this early incarnation; all of their early work, in fact, was characterized by blends of male and female vocals, influenced by such American acts as the Mamas & the Papas and Ian & Sylvia. While their first album was derivative, it had some fine material, and the band was already showing a knack for eclecticism, excavating overlooked songs by Joni Mitchell (then virtually unknown) and Emitt Rhodes. 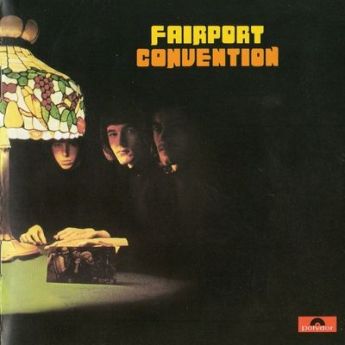 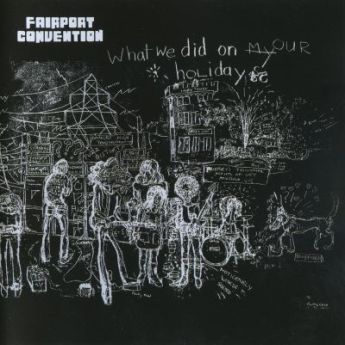 Fairport Convention didn't reach their peak until Dyble was replaced after the first album in 1968 by Sandy Denny, who had previously recorded both as a solo act and with the Strawbs. Denny's penetrating, resonant style qualified her as the best British folk-rock singer of all time, and provided Fairport with the best vocalist they would ever have. What We Did on Our Holidays (1969) and Unhalfbricking (1969) are their best albums, mixing strong originals, excellent covers of contemporary folk-rock songs by the likes of Mitchell and Dylan, and imaginative revivals of traditional folk songs that mixed electric and acoustic instruments with a beguiling ease. Matthews had left the band in early 1969, and Lamble (still in his teens) died in an accident involving the group's equipment van in mid-1969. That forced Fairport to regroup, replacing Lamble with Dave Mattacks, and adding Dave Swarbrick on fiddle. Their repertoire, too, became much more traditional in focus, and electrified traditional folk numbers would dominate their next album, Liege and Lief (1969). Here critical thought diverges; some insist that this is unequivocally their peak, marking a final escape from their '60s folk-rock influences into a much more original style. This school of thought severely underestimates their songwriting talents, and others feel that they were at their best when mixing original and outside material, and contemporary and traditional styles, in fact becoming more predictable and derivative when they opted to concentrate on British folk chestnuts. The Liege and Lief lineup didn't last long; by the end of the '60s, Ashley Hutchings had left to join Steeleye Span, replaced by Dave Pegg. More crucially, Denny was also gone, helping to form Fotheringay. Thompson was still on board for Full House (1970), but by the beginning of 1971 he too had departed, leaving Nicol as the only original member. Fairport have kept going, on and off (mostly on), for the last 25 years, touring and performing frequently. It may be too harsh to dismiss all of their post-Thompson records out of hand; Angel Delight (1971), the first recorded without the guitarist on board, was actually their highest-charting LP in the U.K., reaching the Top Ten. Nicol's exit in late 1971 erased all vestiges of connections to their salad days. Fairport was now not so much a continuous entity as a concept, carried on by musicians dedicated to the electrified British folk style that had been mapped out on Liege and Lief. 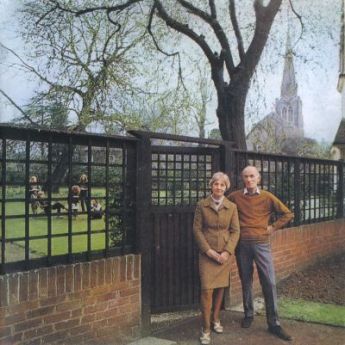 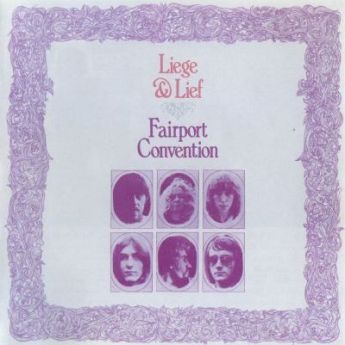 So it continues to this day, supported by a devoted fan base (Dirty Linen, the top American roots music magazine, originally began as a Fairport Convention fanzine). Denny would actually return to the group for about a year and a half in the 1970s, prior to her death in 1978; Nicol rejoined in 1976. Keeping track of Fairport's multitudinous lineup changes is a daunting task, and the group has coexisted on an erratic basis with the various other projects of the most frequent members (Nicol, Mattacks, and Pegg, the last of whom has played with Jethro Tull since the late '70s). They began playing annual reunion concerts in the 1980s (sometimes joined on-stage by Fairport alumni like Thompson), events that turned into some of the most popular folk festivals in Europe. They also released some albums of new material intermittently throughout the last couple of decades, mostly pleasant traditional-oriented outings that appeal primarily to diehards. Come All Ye: The First Ten YearsThe most distinguished graduates of Fairport, however, continued to shape the British folk and folk-rock scene with notable solo and group projects. Richard Thompson is one of the most critically acclaimed singer/songwriters in the world; Ian Matthews has made some interesting recordings as a solo act and with Plainsong and Matthews Southern Comfort; Denny sang with Fotheringay and released several solo albums before her death; and Hutchings carried on the most traditional face of British folk-rock with Steeleye Span, the Albion Band, and the Etchingham Steam Band. In 2017, Universal celebrated the group's 50th anniversary with the seven-disc box set Come All Ye: The First Ten Years, packed with rarities as well as a commemorative reissue of Liege and Lief. Original vocalist Judy Dyble died on July 12, 2020 after a long illness.