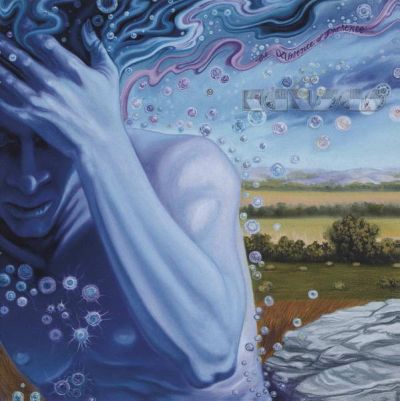 The Absence of Presence is the sixteenth studio album by American progressive rock band Kansas. The album was originally due to be released on June 26, 2020, but due to manufacturing delays the release date was postponed to July 17, 2020. It is their fourth studio album without founding member, lead vocalist and keyboardist Steve Walsh, who retired from the band in 2014; the other three being 1982's Vinyl Confessions, 1983's Drastic Measures and 2016's The Prelude Implicit. It is their second album with lead vocalist and keyboardist Ronnie Platt and guitarist Zak Rizvi. It is the first album with keyboardist Tom Brislin, who replaced former keyboardist David Manion. The Absence of Presence serves as a follow-up of The Prelude Implicit, but unlike that album, The Absence of Presence was written entirely by the band. The bulk of the songwriting duties were carried out by the band's newest members, Zak Rivzi (who wrote the music for 6 of the 9 songs) and Tom Brislin (who wrote the music for the other 3 songs, plus lyrics for 6 songs), with other lyric contributions by Ronnie Platt (2 songs) and founding member Phil Ehart (4 songs). Ehart also came up with the album title, as well as at least three of the song titles (the title track, "Throwing Mountains", and "Animals on the Roof"), which gave Brislin a concept to work with. The Absence of Presence marks the debut lead vocal from Brislin, making the total number of lead vocalists in the band at three, a feature not seen since Somewhere to Elsewhere. The album's recording sessions took place contemporaneously with the band's tour cycle. The album reached the following positions on various Billboard Charts: Album Sales, #10; Current Album Sales, #10; Independent Albums, #32; Rock Albums, #31; Germany Albums, #7. 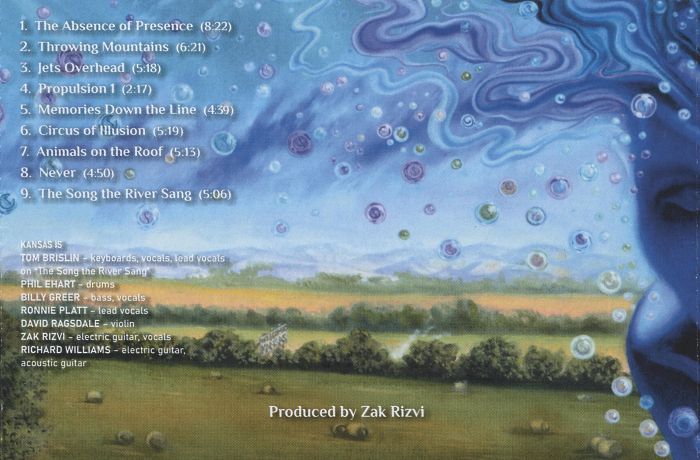