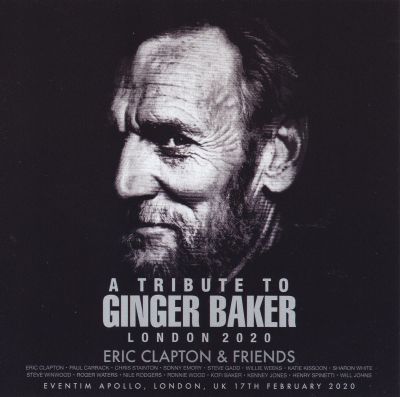 A gathering of British classic rock legends took the stage in London on Monday night (Feb. 17) to give Ginger Baker a proper sendoff. The drummer’s two-time bandmate, Eric Clapton, had announced the benefit concert to celebrate the musical life of his “dear friend” who died at 80 on October 6, 2019. The charity event, billed as Eric Clapton & Friends: A Tribute to Ginger Baker, was held at the Eventim Apollo Hammersmith in London, U.K. Some friends! Joining EC were such legends as Steve Winwood (who formed Blind Faith with Baker, Clapton and Ric Grech), Ronnie Wood, Roger Waters and Nile Rodgers. Want more? Also playing in the tribute to Baker were Kenney Jones, Paul Carrack and Chris Stainton on keys, Steve Gadd, Willie Weeks, Baker’s son, Kofi Baker, himself a drummer, singers Katie Kissoon and Sharon White, Sonny Emory, Henry Spinetti, and Clapton’s nephew, Will Johns. The evening’s 15-song setlist honored Baker’s lifetime in music, which naturally include Clapton and Baker’s work together in Cream and Blind Faith. The evening’s final number, “Cross Road Blues” (a.k.a. “Crossroads”), allowed many of the guitar legends the opportunity to solo. Before any music was played, a filmed tribute to Baker, with plenty of performance clips, was shown on the big screen behind the stage. Clapton then spoke. “Some of that stuff was 50 years ago, but it feels like yesterday. I used to call him Peter Edward… and I think he’s here… somewhere.” 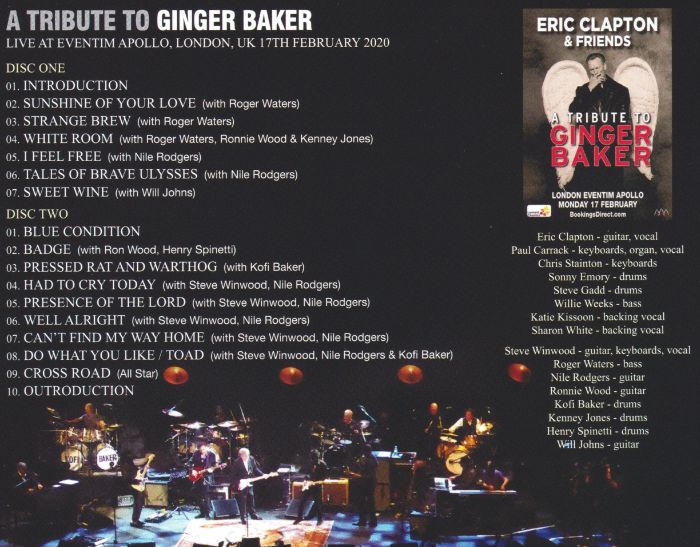