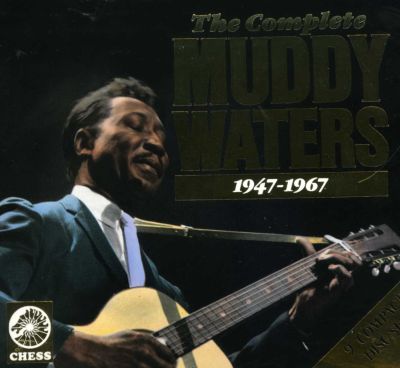 McKinley Morganfield (1913 – 1983), known professionally as Muddy Waters, was an American blues singer-songwriter and musician who was an important figure in the post-war blues scene, and is often cited as the "father of modern Chicago blues". His style of playing has been described as "raining down Delta beatitude". Muddy Waters grew up on Stovall Plantation near Clarksdale, Mississippi, and by age 17 was playing the guitar and the harmonica, emulating the local blues artists Son House and Robert Johnson. He was recorded in Mississippi by Alan Lomax for the Library of Congress in 1941. In 1943, he moved to Chicago to become a full-time professional musician. In 1946, he recorded his first records for Columbia Records and then for Aristocrat Records, a newly formed label run by the brothers Leonard and Phil Chess. In the early 1950s, Muddy Waters and his band—Little Walter Jacobs on harmonica, Jimmy Rogers on guitar, Elga Edmonds (also known as Elgin Evans) on drums and Otis Spann on piano—recorded several blues classics, some with the bassist and songwriter Willie Dixon. These songs included "Hoochie Coochie Man", "I Just Want to Make Love to You" and "I'm Ready". In 1958, he traveled to England, laying the foundations of the resurgence of interest in the blues there. His performance at the Newport Jazz Festival in 1960 was recorded and released as his first live album, At Newport 1960. Muddy Waters' music has influenced various American music genres, including rock and roll and rock music.

No, this mammoth nine-disc compilation - 205 tracks in all - isn't actually complete, since alternate takes have since turned up of a couple of items. Further, the sound quality is decidedly spotty, and Charly's legal right to put Chess material on the market at all has long been in question. But this is the only place CD enthusiasts are currently going to find more than a few indispensable 1950s sides that MCA hasn't gotten around to releasing quite yet. And the final disc holds some enlightening alternate takes (including a whopping eight runthroughs of "Woman Wanted" and nine versions of "Read Way Back") that may never see domestic light of day. For aficionados only, make no mistake! 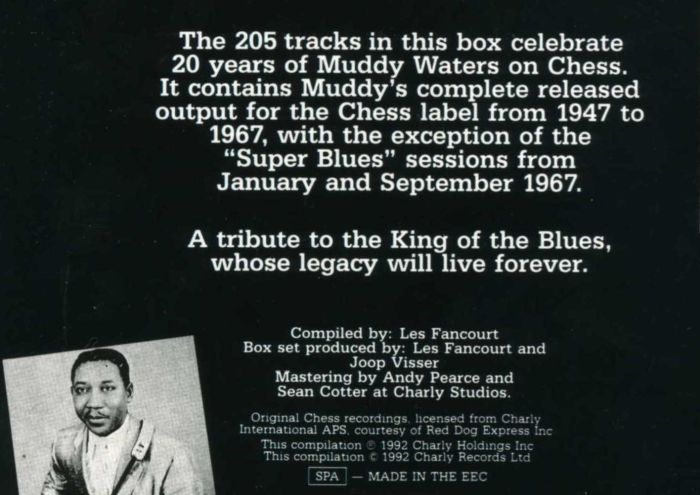