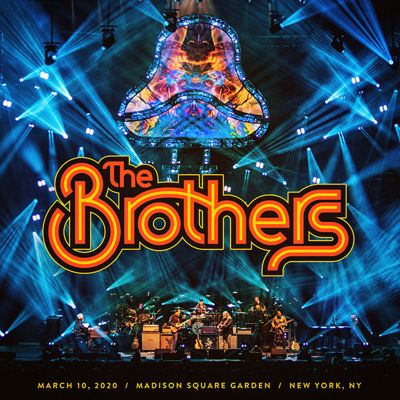 The Brothers consists of founding Allman Brothers Band (ABB) drummer Jaimoe as well as longtime ABB guitarists Warren Haynes and Derek Trucks, bassist Oteil Burbridge and percussionist Marc Quinones, along with Widespread Panic drummer Duane Trucks and keyboardist Reese Wynans. Former ABB keyboardist (and longtime touring member of the Rolling Stones) Chuck Leavell joined as a special guest for many of the jams he helped create with the ABB. The March 10 show is the last major concert to have taken place in New York before being shut down because of Covid-19. In a post-show interview with the Wall Street Journal, Jaimoe said, “It just felt like no BS, and all about music and love…I wanted to play music with my brothers. Everyone else is paying homage to the Allman Brothers music—and some of us are still here.” American Songwriter, (which described the show as a “massive success”) talked to Warren Haynes who said, “It was a very surreal night I think for all of us. It would have been under normal circumstances. But as we got closer and closer to show date, we were all wondering if we’re going to be allowed to play. We barely got in under the wire and then the next couple of days, they basically starting shutting down everything and canceling shows everywhere. It’s very bizarre that we turned out to be the last big show like that…I’m really glad that we were able to celebrate the 50th. When (original band member) Jaimoe called everybody and said that he thought that we should do something for the 50th, we all instantly agreed and thought, yeah, let’s do this. In a lot of ways, it was a show that we had talked about doing as the Allman Brothers Band but it never came to fruition. From the first moment of rehearsal it felt wonderful, and it just got better and better. I was very proud of everyone. From a musical standpoint, the band sounded wonderful. But there was so much more at play.” 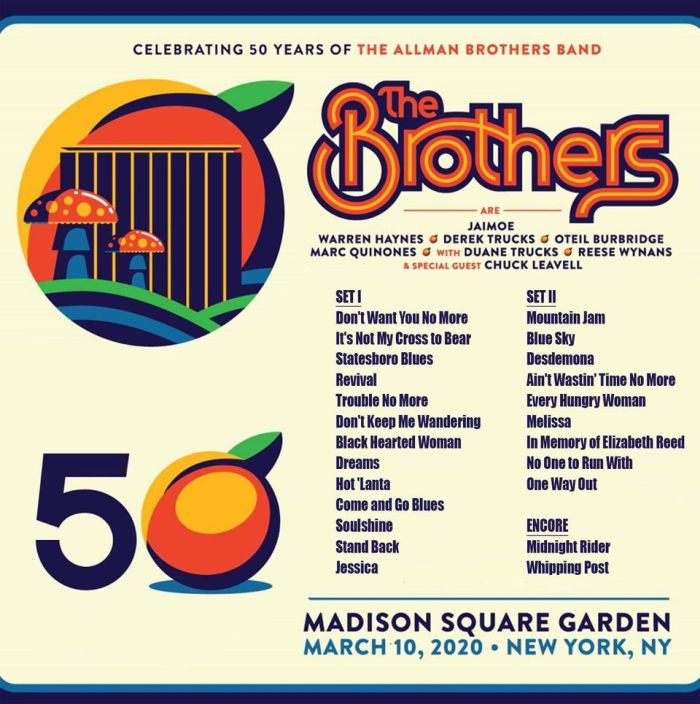