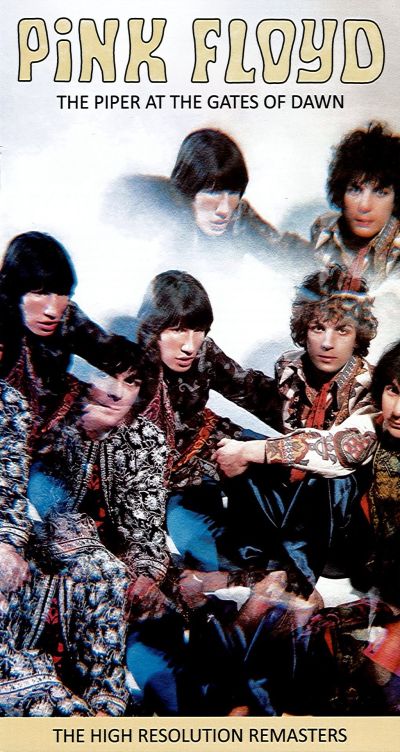 The Piper at the Gates of Dawn is the debut studio album by English rock band Pink Floyd, released 4 August 1967 by EMI Columbia. The only album made under founding member Syd Barrett's leadership, it takes its title from chapter seven of Kenneth Grahame's The Wind in the Willows, and was recorded at EMI Studios in London from February to May 1967 with producer Norman Smith. The band at the time consisted of Syd Barrett (lead vocals, lead guitar), Nick Mason (drums), Roger Waters (bass, vocals), and Richard Wright (keyboards, vocals). Barrett also served as the band's primary songwriter, though two tracks on the album are credited to the band collectively and one track was written by Waters. The album was produced by Norman Smith, who would go on to produce two more albums for Pink Floyd. In the United States, the album was released in October on Tower Records, with an altered track listing that omitted three songs and included the UK non-album single "See Emily Play". In the UK, no singles were released from the album, but in the US, "Flaming" was offered as a single. Two of its songs, "Astronomy Domine" and "Interstellar Overdrive", became long-term mainstays of the band's live setlist, while other songs were performed live only a handful of times. Since its release, the album has been hailed as a pivotal psychedelic rock album. In 1973, the album was packaged with the band's second album A Saucerful of Secrets (1968) and released as A Nice Pair to introduce new fans to the band's early work after the success of The Dark Side of the Moon (1973). Special limited editions of The Piper at the Gates of Dawn were issued to mark its thirtieth, fortieth, and fiftieth anniversaries, with the former two releases containing bonus tracks. In 2012, The Piper at the Gates of Dawn was placed at number 347 on Rolling Stone magazine's list of the "500 Greatest Albums of All Time". 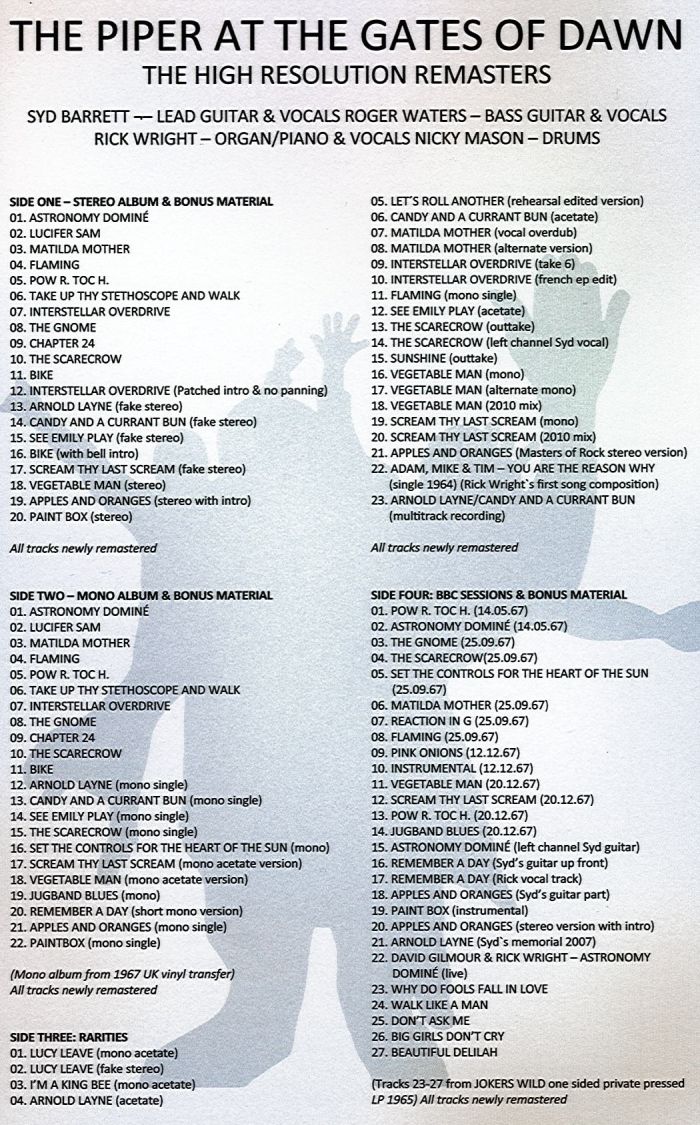