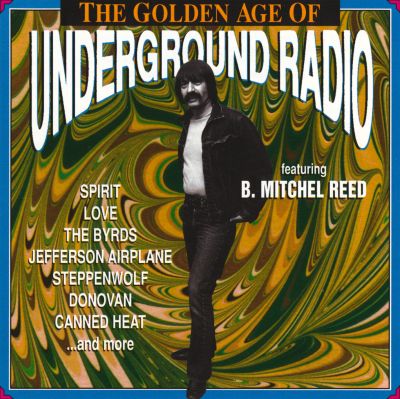 A logical and proper extension of the first volume of the series (which spotlighted FM underground pioneer Tom Donahue), Golden Age of Underground Radio, Vol. 2 features recordings of the legendary Los Angeles disc jockey B. Mitchell Reed, who was one of the mainstays on KMET FM, as well as an extremely important mover and shaker in the city in its prime. Taken from shows of the 1968-1971 period, the CD showcases what FM radio was, as well as its necessity and artful production. Around fabulous (full-length) versions of FM staples by Love ("Alone Again Or"), Donovan Featuring the Jeff Beck Group ("Barabajagal"), and about a dozen other turntable hits, Reed keeps the flow going with smooth, hip, and very honest raps that capture the moment in tact and in real time. Commercials of the era (such as "The Hip Bagel") and news reports only add to the period charm and transport the listener to a very real evening of music and intelligent thought. Like Donahue, Reed started in AM radio, during its loud, fast, mile-a-minute Top 40 heyday. The metamorphosis that he and the audience were going through at the dawn of the 1970s is captured here in all of its glory, making this an exquisite social, spiritual, and political document, not to mention an artistic one as well. 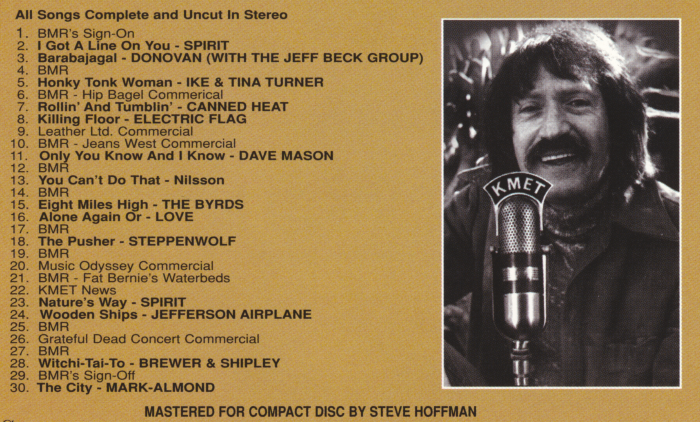