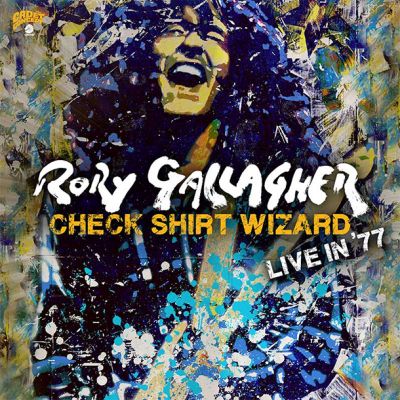 The New York Times obituary for blues rock guitarist Rory Gallagher says he was known for his “flashy guitar work,” which, while certainly true, is a dramatic oversimplification of Gallagher’s legacy. But the tribute, coming in at a scant 150 or so words, also crystalizes Gallagher’s career: misunderstood in the United States, underappreciated, and seen as one-dimensional by those who didn’t choose to delve into his full body of work. Check Shirt Wizard – Live in ‘77, a compilation of four European shows, won’t change Gallagher’s stature in the eyes of the public at large, but it does serve as a strong reminder of just what made him so great. Gallagher’s live work is well-documented. There’s 1972’s Live In Europe, Irish Tour ’74, and 1980’s Stage Struck, plus some posthumous live releases. So it’s hard to say where Check Shirt Wizard fits into those other shows, other than as a great excuse to delve back into Gallagher’s catalog. And one thing that comes across Check Shirt Wizard is that while Gallagher was a gifted guitar player, he was also a soulful singer. The vocal performances are impressive. I was particularly struck by “Calling Card,” with Gallagher, notoriously critical of his own abilities, sounding both relaxed and confident. While there’s plenty of “flashy” guitar punctuating the track, the piano and Gallagher’s weathered voice make it special. Clocking in at twenty generous tracks, you get to hear Gallagher cover a lot of stylistic ground in-depth. There’s a nice run of acoustic songs, which make you feel like you’re hearing Gallagher in a pub. “Barley and Grape Rag,” just Gallagher and his acoustic guitar, sounds like Gallagher is performing across the room from you, a tribute to his ability to convey intimacy, and to the quality of the recording. “Too Much Alcohol,” the J. B. Hutto tune Gallagher tackled with a full band on Irish Tour ’74 is performed here as a Delta blues.

Gallagher also hits some surprisingly glam notes that I wasn’t expecting. “I Take What I Want,” a Sam and Dave soul cover, sounds like Sweet in Gallagher’s energized hands. “Walk on Hot Coals” has a similar power, with an abandon that wouldn’t have sounded out of place on a Led Zeppelin track. And here too, you have to be impressed with Gallagher’s vocals, which have a sexy smokiness. The joke is that European rock singers try to sound American and American singers try to sound British, but Gallagher, across the entire album, does a beautiful job of sounding like his true Irish self, but organically channeled through the American south. As someone who doesn’t pay for the music being reviewed, I feel funny criticizing the length of an album, but at 20 tracks there’s a lot to process here. “Bullfrog Blues,” a fun tune with some vintagely wild Gallaher slide, clocks in at almost 10 minutes, largely because Gallagher introduces the band during the performance. It’s cute the first time, but as you might expect, the same introduction loses its charm over repeated listenings. It hardly detracts from what is a very strong album, but it would also be nice if labels understood that the things that make a one-time live show work don’t translate across the board for live albums. 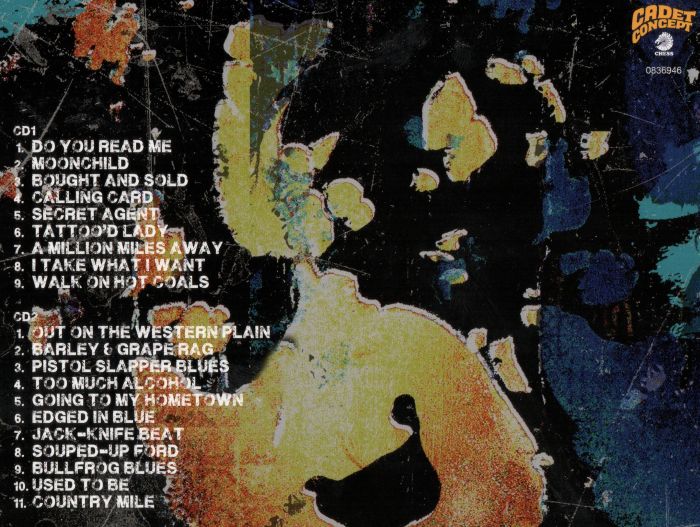