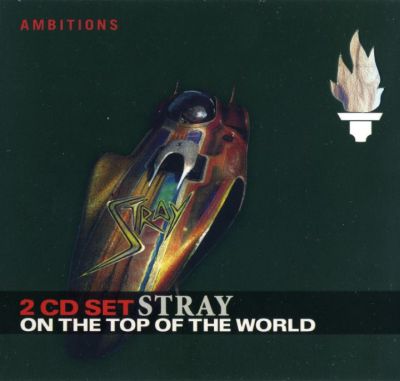 Stray is an English hard rock band formed in 1966. Vocalist Steve Gadd, guitarist Del Bromham, bass player Gary Giles and drummer Steve Crutchley formed the band whilst all were attending the Christopher Wren School in London. Richard "Ritchie" Cole replaced Crutchley in 1968. They signed to Transatlantic Records in January 1970. The group's brand of melodic, hook-laden hard rock proved to be a popular draw on the local club scene during the early 1970s. However the band did not have commercial success with its record releases. At one stage Charlie Kray (brother of the Kray twins Ronnie and Reggie), was their manager. Gadd left the band in 1975 due to artistic differences and was replaced on vocals by Pete Dyer. The group's early musical style consisted of blues rock, acid rock and psychedelic rock. They then went on to join the hard rock and progressive rock movement.

It is 2001 Stray are back and well established again in the clubs on the circuit and knock out this raw and in your face rock album. The Rock starts the album off in fine style, rocking the house down and has a great chorus. On Top Of The World builds impressively and there is a slight pause with the acoustic blues of Georgia. The highlight for me is Sleepy Time Blues which is a Hendrix style slab of electric blues and has great feel to it, the guitar work by Del Bromham is something special. Years is another top tune that really rocks with a great lyric and shout along chorus. Everthing else on here is good though making for a very consistent and enjoyable album which really does rock - the band caught a mood here where they they just went for it, really good. Live: In Yer Face is real good hard rock "live" recording by a real good hard rock band. The guitar star kicks ass, as you would expect. Most well recorded "live" albums are better than most studio albums in my opinion and this "live" release stands up to Stray's better studio platters. Suicide is a monster track. 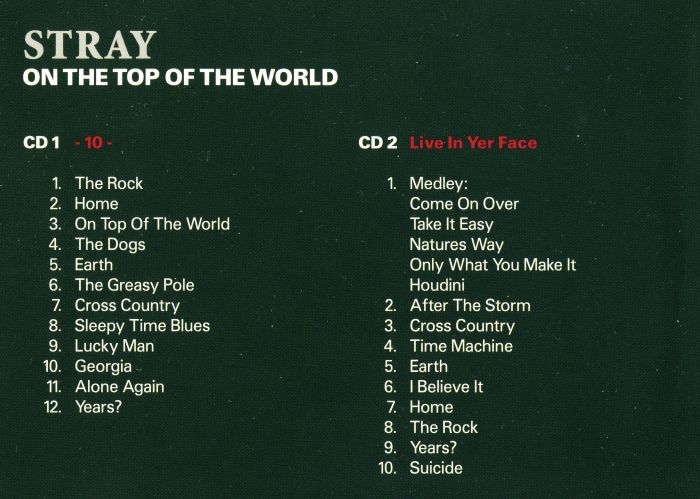