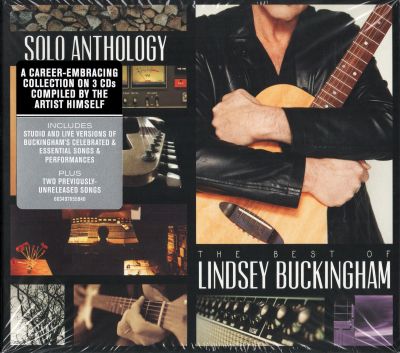 Solo Anthology: The Best of Lindsey Buckingham is a compilation album released by American musician and former Fleetwood Mac vocalist-guitarist Lindsey Buckingham, released on October 5, 2018. The album draws from all six of Buckingham's studio albums, spanning from 1981's Law and Order to 2011's Seeds We Sow. "Hunger" and "Ride This Road" were previously unreleased songs recorded in 2012. The most recent addition of the set is "Sleeping Around the Corner", from the 2017 duet album, Lindsey Buckingham Christine McVie. Alternate editions of the set include an abridged single-disc version, and a deluxe 6xLP deluxe vinyl set. One reviewer praised the contrast between some of Buckingham's more unusual material alongside some of his more commercial cuts potentially suitable for Fleetwood Mac, such as "Love Runs Deeper" and "You Do or You Don't". The unbalanced representation of Buckingham's solo records is criticized, noting that Out of the Cradle boasts eight tracks, while Law and Order has just one featured on the compilation. 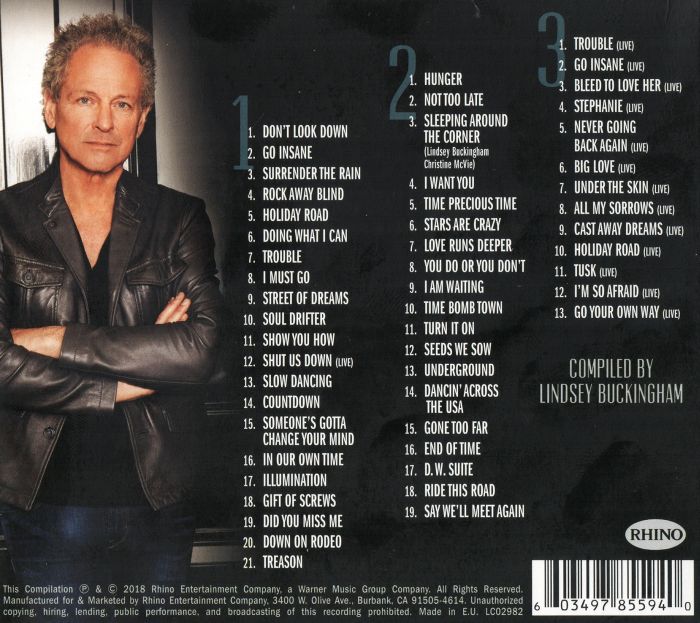