Sparks are an American pop and rock band formed in Los Angeles in 1967 by brothers Ron (keyboards) and Russell Mael (vocals). Known for their quirky approach to songwriting, Sparks' music is often accompanied by intelligent, sophisticated, and acerbic lyrics, and an idiosyncratic, theatrical stage presence, typified in the contrast between Russell's animated, hyperactive frontman antics and Ron's deadpan scowling. They are also noted for Russell Mael's distinctive wide-ranging voice and Ron Mael's intricate and rhythmic keyboard playing style. While achieving chart success in various countries around the world including the United Kingdom, Germany, France, Italy, and the United States, they have enjoyed a cult following since their first releases. During the late 1970s, when in collaboration with Giorgio Moroder (and Telex subsequently), Sparks reinvented themselves as a new wave/synth-pop band, and abandoned the traditional rock band line-up. Their frequently changing styles and visual presentations have kept the band at the forefront of modern, artful pop music.

Hippopotamus is the 23rd studio album by American rock group Sparks. It was released on September 8, 2017, through BMG Rights Management and The End Records, their first record issued on a major label for decades. Following the 2009 radio musical The Seduction of Ingmar Bergman and Sparks' subsequent collaboration with Franz Ferdinand in FFS, the release of Hippopotamus marked a return to the traditional Sparks format of "short, literate, witty pop songs", mixing elements from the band's various stylistic periods. Hippopotamus was met with critical acclaim, and entered the UK Albums Chart at no. 7, Sparks' first UK top-ten appearance in over 40 years. 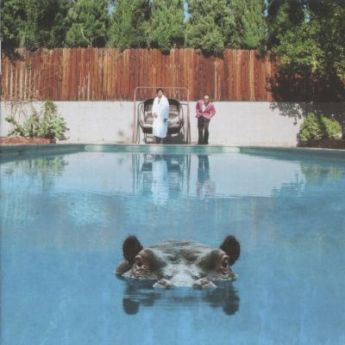 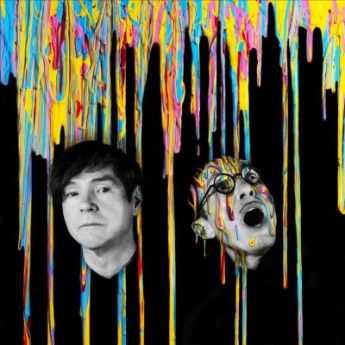 A Steady Drip, Drip, Drip is the 24th studio album by American rock group Sparks. It was released digitally on May 15, 2020, through BMG Rights Management, with the physical release following on July 3, 2020. The album was universally acclaimed by critics. It entered the UK iTunes chart at number 8 - also charting in the US, Germany, France and Canada and the UK Official Album Downloads Chart Top 100 at no. 13. Upon release of the physical formats, it entered the UK charts at number 7, making this the group's second consecutive UK Top 10 studio album and their fourth overall.