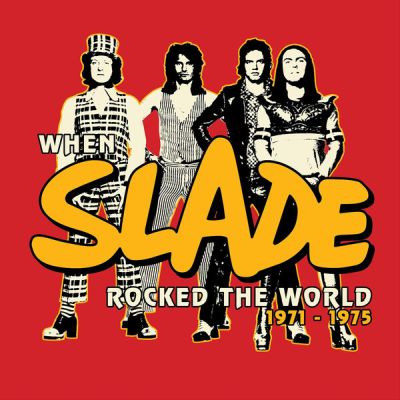 When Slade Rocked the World 1971-1975 is a compilation box set by the British rock band Slade, released by Salvo in November 2015. The box set, housed in a 12-inch box, covers the band's commercial heyday from 1971 to 1975, with a mix of reproduced vinyl LPs, 7" vinyl singles, a two-disc CD, a scrapbook-style book and a reproduced edition of the book The Slade Story, written by George Tremlett. When Slade Rocked the World was first announced in July 2015 and was made available for pre-order on PledgeMusic. A limited edition version of the box set was made exclusively available through the platform, which included an exclusive set of reproduced Slade in Flame film lobby cards. Speaking of the project, BMG's Steve Bunyan later commented to Music Managers Forum: "We wanted to put something together that the band, fans and media would all think was a worthy summary of Slade at the peak of their powers. I think we achieved it." In September 2016, the box set won "Special Catalogue Release of the Year" at that year's AIM Awards. It was also nominated for the Classic Rock Awards "Reissue of the Year".

Upon release, Vive Le Rock described the set as the "ultimate box set", adding that it "deserves a place in every self-respecting rock 'n' roll and glam rock-loving home." Daily Mirror praised the compilation as a "sumptuous vinyl box set", describing it as "major[ing] in roof-raising pop glories" and being the "perfect Yuletide gift for the discerning rock 'n' roller". The Sunday Times noted the set stood out for its "spectacular packaging, humour and reproduced curios". David Cavanagh of Uncut wrote: "As we hear time and again on When Slade Rocked the World, they weren't just churning out chart fodder to fill the nostalgic dancefloors of future school discos. They were better musicians than that for a start; a tight, syncopated four-piece, they could swing viciously and attack with force." 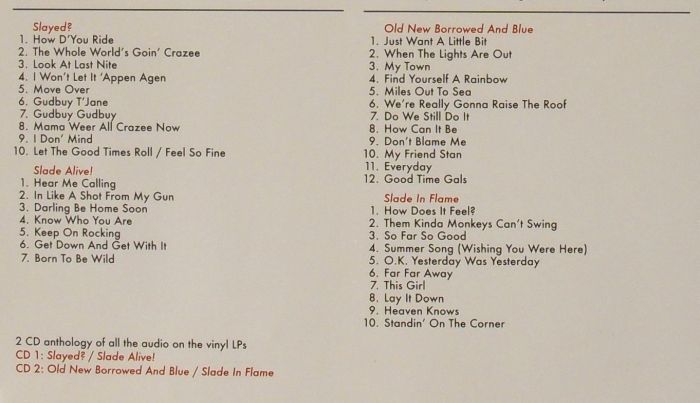