Charlie Daniels accomplished something few other musicians did: he made the leap from session musician to superstar. The song that made him famous was "The Devil Went Down to Georgia," a roaring country-disco fusion that became an international smash in 1979. It wasn't Daniels' first hit that would be "Uneasy Rider," a sideways social satire that became a Top 10 novelty smash in 1973 nor was it a song that showcased the full-throttled attack of the Charlie Daniels Band, his roving band of Southern rockers who pledged allegiance to the gospel of the Allman Brothers Band. Despite this, "The Devil Went Down to Georgia" is the song that defined Daniels, introducing him to the millions of listeners and giving him a career that spanned decades. In its wake, Daniels quietly shifted his emphasis from Southern rock to country, eventually embracing a role as a conservative commentator, transitions that obscured his considerable influence as a Southern rocker and sideman. In both roles, he helped shape the sound of country-rock. His big breakthrough came when he played on Bob Dylan's 1969 LP Nashville Skyline, a credit that opened the doors for the multi-instrumentalist to play with Leonard Cohen and Ringo Starr. Daniels parlayed this behind-the-scenes success into fronting his own band. Along with the Allmans and the Marshall Tucker Band, the Charlie Daniels Band fused rock, country, blues, and jazz into a distinctly Southern blend, and they prized improvisations: not for nothing did Daniels launch a series of concerts called Volunteer Jam. Beginning in 1974, these Volunteer Jams ran into the 2010s and their endurance, combined with his 2016 induction into the Country Hall of Fame, are the clearest signs that Daniels weathered fashions, trends, and politics to become a beloved American music institution. 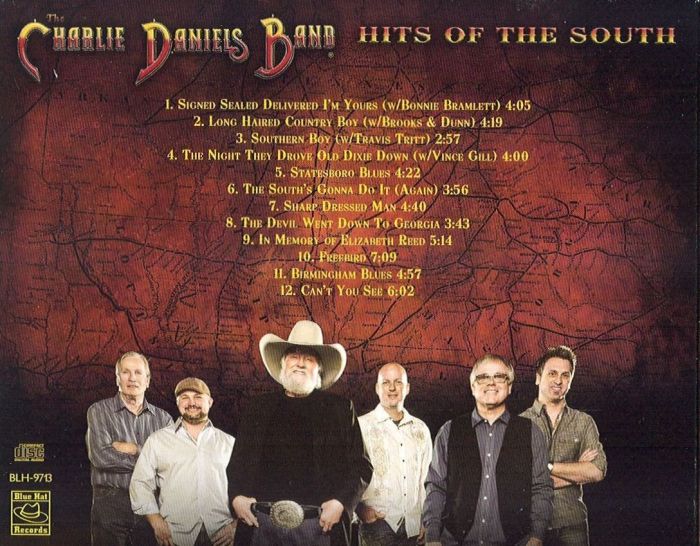