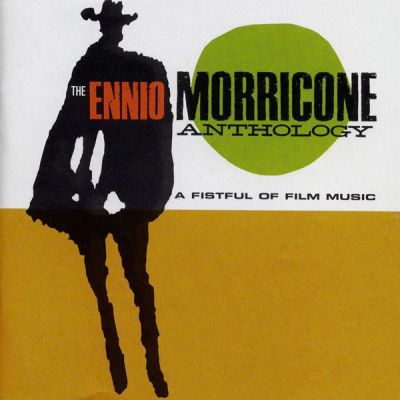 Ennio Morricone (10 November 1928 – 6 July 2020) was an Italian composer, orchestrator, conductor, and trumpet player who wrote music in a wide range of styles. Morricone composed over 400 scores for cinema and television, as well as over 100 classical works. His score to The Good, the Bad and the Ugly (1966) is considered one of the most influential soundtracks in history and was inducted into the Grammy Hall of Fame. His filmography includes over 70 award-winning films, all Sergio Leone's films since A Fistful of Dollars, all Giuseppe Tornatore's films since Cinema Paradiso, The Battle of Algiers, Dario Argento's Animal Trilogy, 1900, Exorcist II, Days of Heaven, several major films in French cinema, in particular the comedy trilogy La Cage aux Folles I, II, III and Le Professionnel, as well as The Thing, The Mission, The Untouchables, Mission to Mars, Bugsy, Disclosure, In the Line of Fire, Bulworth, Ripley's Game and The Hateful Eight. After playing the trumpet in jazz bands in the 1940s, he became a studio arranger for RCA Victor and in 1955 started ghost writing for film and theatre. Throughout his career, he composed music for artists such as Paul Anka, Mina, Milva, Zucchero and Andrea Bocelli. From 1960 to 1975, Morricone gained international fame for composing music for Westerns and—with an estimated 10 million copies sold—Once Upon a Time in the West is one of the best-selling scores worldwide. From 1966 to 1980, he was a main member of Il Gruppo, one of the first experimental composers collectives, and in 1969 he co-founded Forum Music Village, a prestigious recording studio. From the 1970s, Morricone excelled in Hollywood, composing for prolific American directors such as Don Siegel, Mike Nichols, Brian De Palma, Barry Levinson, Oliver Stone, Warren Beatty, John Carpenter and Quentin Tarantino. In 1977, he composed the official theme for the 1978 FIFA World Cup. He continued to compose music for European productions, such as Marco Polo, La piovra, Nostromo, Fateless, Karol and En mai, fais ce qu'il te plait. Morricone's music has been reused in television series, including The Simpsons and The Sopranos, and in many films, including Inglourious Basterds and Django Unchained. He also scored seven Westerns for Sergio Corbucci, Duccio Tessari's Ringo duology and Sergio Sollima's The Big Gundown and Face to Face. Morricone worked extensively for other film genres with directors such as Bernardo Bertolucci, Mauro Bolognini, Giuliano Montaldo, Roland Joffé, Roman Polanski and Henri Verneuil. His acclaimed soundtrack for The Mission (1986) was certified gold in the United States. The album Yo-Yo Ma Plays Ennio Morricone stayed 105 weeks on the Billboard Top Classical Albums. Morricone's best-known compositions include "The Ecstasy of Gold", "Se Telefonando", "Man with a Harmonica", "Here's to You", the UK No. 2 single "Chi Mai", "Gabriel's Oboe" and "E Piů Ti Penso". In 1971, he received a "Targa d'Oro" for worldwide sales of 22 million, and by 2016 Morricone had sold over 70 million records worldwide. In 2007, he received the Academy Honorary Award "for his magnificent and multifaceted contributions to the art of film music." He was nominated for a further six Oscars. In 2016, Morricone received his first competitive Academy Award for his score to Quentin Tarantino's film The Hateful Eight, at the time becoming the oldest person ever to win a competitive Oscar. His other achievements include three Grammy Awards, three Golden Globes, six BAFTAs, ten David di Donatello, eleven Nastro d'Argento, two European Film Awards, the Golden Lion Honorary Award and the Polar Music Prize in 2010. Morricone has influenced many artists from film scoring to other styles and genres, including Hans Zimmer, Danger Mouse, Dire Straits, Muse, Metallica, and Radiohead. 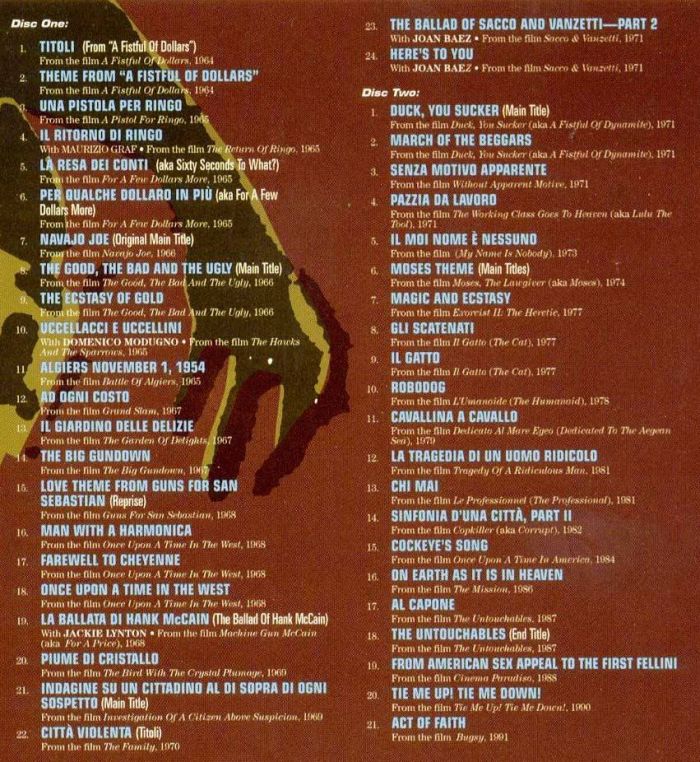