Streetwalkers were an English rock band formed in late 1973 by two former members of Family, vocalist Roger Chapman and guitarist John "Charlie" Whitney. They were a five piece band which evolved from the Chapman Whitney Band. In the winter of 1973/1974, only months after the dissolution of Family, Chapman/Whitney completed a duo album called Streetwalkers with a loose collection of famous musical friends. The album was released in May 1974, followed by a single in June (“Roxianna”/”Crack”). A touring oufit was formed using Bob Tench on guitar, Tim Hinkley on keys, Mel Collins on sax, Ian Wallace on drums, and Phil Chen on bass. Incidentally, Whitney, Wallace and Hinckley found time to back up Tim Buckley on his 5/21/74 “Old Grey Whistle Test” session, featuring “Dolphins” and “Honey Man”. During this period keyboard player Blue Weaver appeared with them at concerts, such as the Reading Festival in the summer of 1974. Bobby Tench from The Jeff Beck Group and Hummingbird was also featured in their fluid, informal touring band line up and appeared at concerts such as in Hyde Park, London, the same year. Some tryout gigs were performed, including one at Leicester Polytech. In August more gigs followed: the Reading festival (second on the bill, under Barclay James Harvest) and London’s Hyde Park festival. In February 1975 they put together a solid backing band, and dubbed themselves the Streetwalkers. The sound was solidified by the only member of the previous line-up that they kept: Bob Tench. The rhythm section of Jon Plotel (bassist, ex-Casablanca) and the previously unknown drummer “Nicko” McBrain lent more funk, heavy R&B, and 70’s-style hard rock to the mix. Tench, McBrain and Plotel had previously appeared on a European broadcast for the German TV show Rockpalast with Chapman and Whitney earlier the same year, billed as The Chapman Whitney Streetwalkers. In October they released Downtown Flyers (known simply as Streetwalkers in the US), and toured the UK and Europe, where they became quite popular. 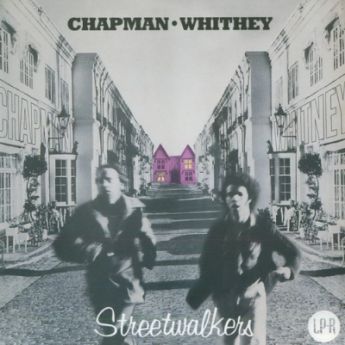 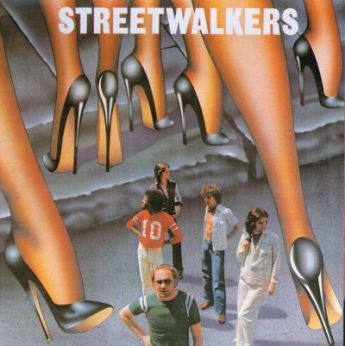 “Raingame”/”Miller” was released as a single. The band did not achieve the anticipated success in USA, although interest in Europe was more encouraging. The band cut Red Card in May of 1976, but this lineup was broken up by July; “we wanted a tighter rhythm section” according to Chapman. The single for this album, “Daddy Rolling Stone”/”Hole In Your Pocket”, came out in June. The band performed at a series of concerts entitled Who Put The Boot In appearing at UK Football stadiums, during May and June 1976. The billing for these concerts included The Sensational Alex Harvey Band, Little Feat, Outlaws, Widowmaker and Streetwalkers were the last act to appear before The Who performed. 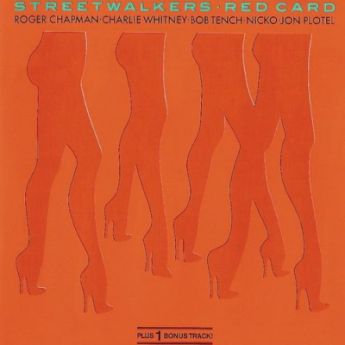 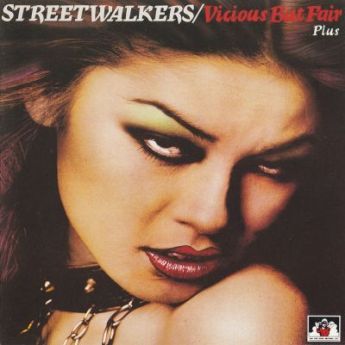 The band returned in September of 1976 with a new rhythm section (David Dowle – drums; Michael Feat – bass) and a full time keyboardist, Brian Johnstone. A short European tour before a UK debut at the Roundhouse. Chappo still had manic stage-presence, and on December 19th there was yet another legendary occurrence when he fell off the stage and broke his foot, spending Christmas on crutches. He finished the show, of course!
They put out their last studio effort Vicious But Fair in January 1977, but by then their label Vertigo had shifted their commercial emphasis to the musical trends of Punk rock and New Wave music.