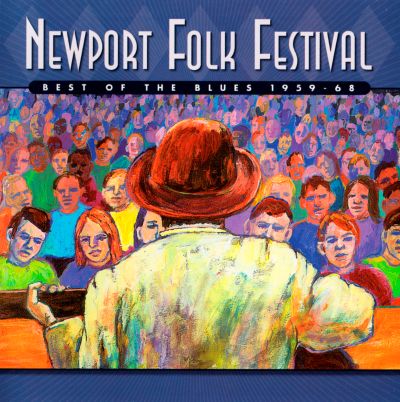 Newport Folk Festival: Best of the Blues 1959-1968 presents live performances from many of the top blues players of the era. From Skip James to Mance Lipscomb to Memphis Slim, these musicians play mostly acoustic blues before an appreciative audience. From the first disc, Mississippi John Hurt's six-song set is a standout. Piedmont fingerpicking and resonant vocals highlight "Sliding Delta," "Candy Man," and "Pallet on Your Floor." Muddy Waters delivers fine versions of "Walkin' Blues" and "I Can't Be Satisfied," but his acoustic guitar lacks the rude punch that usually flavors his blues. Still, these songs make for interesting comparison to his electric work. Disc two finds Reverend Gary Davis belting out "Samson & Delilah" and "I Won't Be Back No More." Brownie McGhee & Sonny Terry offer a rousing set, including a previously unreleased version of "Drink Muddy Water." Their spunky "Key to the Highway" proves once again that the blues can sometimes be joyful, while "My Baby Done Changed the Lock on the Door" reminds one to keep an eye on one's girl and best friend. Lightnin' Hopkins brings an urban touch along with -- shocking though it may be -- an electric guitar. Always laid-back and relaxed, there is something timeless about his performance of "The Woman I'm Loving, She's Taking My Appetite" and "Baby Please Don't Go." Like John Lee Hooker, his timing and approach are all his own. Many players like Son House had been brought back from obscurity thanks to the folk revival, so the historical value of this music cannot be overstated. With nearly three hours of music and a live audience, it is also the next best thing to having been at Newport during these exciting years. These discs are highly recommended to anyone with even a passing interest in acoustic blues. 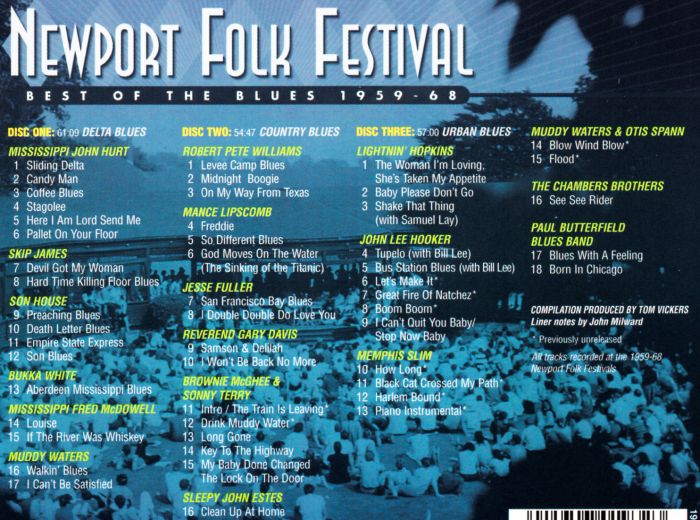