Ian Hunter is the first solo studio album by English singer-songwriter Ian Hunter, recorded following his departure from Mott the Hoople. Released in 1975, it is also the first of many solo albums on which he collaborated with Mick Ronson. The bassist, Geoff Appleby, was from Hull like Mick Ronson and they had played together in The Rats in the late 1960s. The single "Once Bitten, Twice Shy" would be his first and last Top 20 hit in the UK Singles Chart. The pop-metal band Great White later covered the song on their 1989 album ...Twice Shy. "Who Do You Love" and "3,000 Miles from Here" were covered by Joe Elliott's Down 'n' Outz on their 2010 album My ReGeneration. Also, Def Leppard covered "Who Do You Love" on their 1999 single "Goodbye" as a B-side. Who Do You Love was also covered by the Pointer Sisters on their 1979 album, Priority. 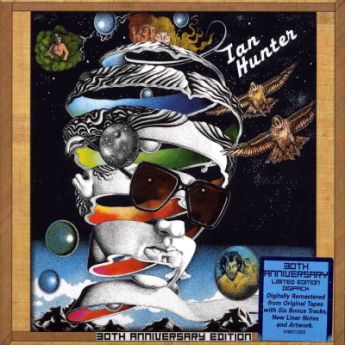 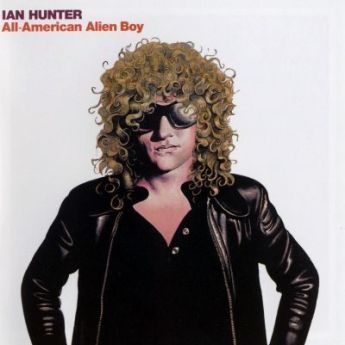 All-American Alien Boy is the second studio album by Ian Hunter. Because of management issues, Mick Ronson did not appear on this album; instead, Hunter brought in keyboardist Chris Stainton to act as a balancing force in the studio. Unlike his previous album, the album didn't feature any of his trademark rockers (apart from "Restless Youth") and he opted for a more jazzy direction including bassist Jaco Pastorius. The album title is a play on Rick Derringer's 1973 album All American Boy. In 2006, the album was reissued with several bonus tracks.

Overnight Angels is the third studio album by Ian Hunter, released on May 1977 by Columbia Records. After the poor sales of his previous album, Hunter's apparent aim for this record was to re-emphasise faster songs with more of a rock feel, and he recruited the well-regarded Roy Thomas Baker to produce. However, the album received mixed reviews, and Columbia Records refused to release it in the US, according to Hunter because he had just fired his manager. Columbia reportedly told Hunter they would release it once he had a manager and tour in place to support the album. The release didn't occur however as Hunter left the label but the album did become available as an import when Hunter's next album became a minor hit. Hunter later disavowed the album and described it as a "mistake". Hunter later went on record as stating he disliked the album because he felt the album was forced and, in particular, his vocals which he felt he sang in too high a register. The song "England Rocks" (originally a non-album B-side) would become one of his best-known songs, retitled "Cleveland Rocks" on Hunter's next tour, and re-recorded with the new title for his next album. 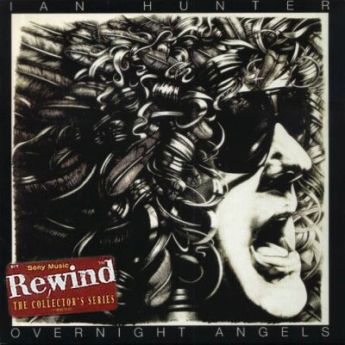 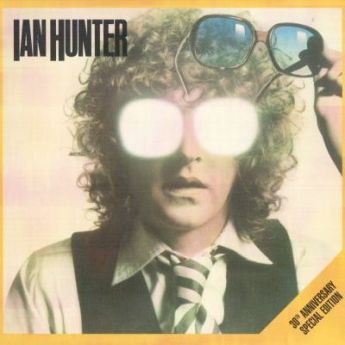 You're Never Alone with a Schizophrenic is the fourth solo album by Ian Hunter. The album featured members of Bruce Springsteen's E Street Band as the backing band. Allmusic considers the album to be Hunter's best. Hunter says that the title had been spotted on a toilet wall by co-producer Mick Ronson which he had planned for one of his solo albums. Hunter loved the title so much that he offered Ronson co-writing credit on the first single "Just Another Night" in exchange for the use of the title for the album. "Just Another Night" reached the Billboard Hot 100 No. 68. The album became one of Hunter's biggest sellers at the time. Later, singer Barry Manilow covered the song "Ships" for his album One Voice which became a top-ten hit. In 2009 EMI released a 30th-anniversary reissue of the album remastered with five bonus tracks on the first disc of outtakes and a second disc of live tracks recorded on the tour to support the album but previously unreleased. The reissue also came with a deluxe booklet discussing the making the album along with vintage and new