A former vocalist with the 60s beat group the Undertakers, Lomax began a new career in America when this respected Liverpool unit disbanded. Spells with two short-lived bands, the Mersey Lads and the Lost Souls, preceded a return to England where the singer worked with his own group, the Lomax Alliance, and as a solo act. Two strong, but unsuccessful, singles followed before he was signed to the fledgling Apple Records but his opening release, 'Sour Milk Sea', written for him by George Harrison, was unfortunately overshadowed by hits for stablemates the Beatles and Mary Hopkin. Lomax's debut, Is This What You Want, featured contributions from a host of star names including Paul McCartney, George Harrison, Ringo Starr and Eric Clapton. The artist's stylish compositions and superb voice were equal to such esteemed company. Sadly, Apple's internal problems doomed his undoubted potential and following an interlude as part of the elusive Heavy Jelly, Lomax returned to America where he completed two more excellent albums, Home Is In My Head and Three. In 1973, the singer joined the British-based Badger, a group formed by ex- Yes organist, Tony Kaye. Lomax helped transform them from a progressive rock band into a more soulful aggregation, exemplified on White Lady, which was produced by Allen Toussaint and consisted solely of Lomax's songs. Badger then split into two factions, with Lomax and bassist Kim Gardner instigating an offshoot unit named after the album. Lomax subsequently resumed his solo career, but the releases that followed were disappointing and the bad luck which had often dogged this worthwhile performer further undermined his career. Lomax did resurface in 1990 as one of several acts contributing to the 'tribute' album True Voices, wherein he sang a version of Tim Buckley's 'Devil Eyes'. 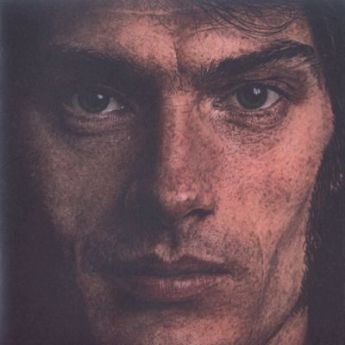 Is This What You Want? is the debut album by English rock and soul singer Jackie Lomax, released in 1969 on the Beatles' Apple record label. It is notable for the involvement of three Beatles: It was produced by George Harrison and features contributions from Harrison, Paul McCartney and Ringo Starr. The album includes Lomax's debut single for Apple, the Harrison-written "Sour Milk Sea", while the US version added "New Day", which was produced by Lomax and released as a non-album single in Britain. The recording sessions for Is This What You Want? began in London in June 1968. The majority of the songs were recorded in Los Angeles in October–November that year, after Harrison had completed work on the Beatles' White Album. Among the other guest musicians on the album were members of the Wrecking Crew, Eric Clapton, Nicky Hopkins, Klaus Voormann and John Barham. Although the album received favourable reviews, it failed to achieve commercial success. The 2010 reissue includes bonus tracks covering the rest of Lomax's output while on Apple Records.