Sarah McLachlan unexpectedly hit the financial jackpot when she launched Lilith Fair in 1997. McLachlan conceived the package tour as a way to spotlight female musicians, particularly those that were from either the alt-pop or folk genres. It worked better than anyone expected, as Lilith Fair became the hippest and most successful package tour of the year. Just as McLachlan was gearing up for the second Lilith Fair, the double-disc set Lilith Fair: A Celebration of Women in Music was released. The album drew highlights from the tour, featuring live cuts from McLachlan, Joan Osborne, Shawn Colvin, Meredith Brooks, Indigo Girls, Abra Moore, Paula Cole, Suzanne Vega, Victoria Williams, Tracy Bonham, Lisa Loeb, Emmylou Harris, Dar Williams, Susanna Hoffs and the Cardigans, among others. While it doesn't dispel the notion that Lilith Fair was essentially a homogenous music festival, it does capture the feeling of the tour quite well, and it has some very good music. Granted, these versions aren't drastically different from the original studio versions, but they add up to a nice souvenir. 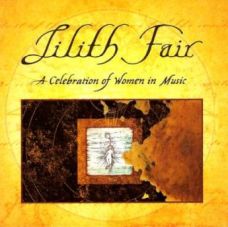 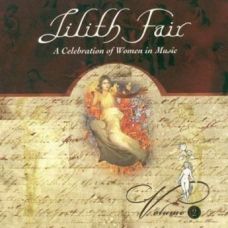 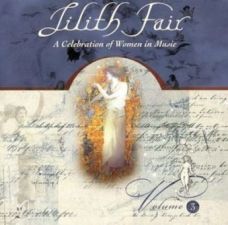 Similar in scope to Lilith Fair: A Celebration of Women in Music, which captures the inaugural tour, the 1998 festival is presented on volumes 2 and 3, with each disc available separately this time around. Volume 2 offers a large dose of the folksy acoustic fare we've come to associate with VH-1 (i.e., Natalie Merchant, Lisa Loeb, Shawn Colvin), with a side helping of angry-young-woman rock (Tracy Bonham, Sinead O'Connor, Holly McNarland) and an assortment of other performers. While wholly enjoyable, the standouts are Queen Latifah's diva-style dish on "Life," O'Connor's impassioned "Fire of Babylon," Angelique Kidjo's West African pop tune "Never Know," and Emmylou Harris's duet with Sarah McLachlan on "Angel," which transports the Surfacing hit to realms heretofore unrealized.

A document of the 1998 tour, Lilith Fair: A Celebration of Women in Music, Vol. 3 is thus far the most lively and affecting recording of Sarah McLachlan's summer festival. From the percussive chop-socky blues of Emmylou Harris's "Deeper Well" to Holly Cole's richly intoned "Onion Girl" to Sixpence None the Richer's quirky take on the pop hit "Kiss Me" to Rebekah's sparsely searing "Little Black Girl," the women presented here are fierce, fiery, and fabulously fruitful. Included also are Suzanne Vega's late-'80s signature song, "Luka," the Indigo Girls' banjo porch rocker "Get Out the Map," and N'dea Davenport's sultry-smooth "Underneath a Red Moon." While some notable '98 participants lack representation here (where are Paula Cole, Missy Elliot, and Lucinda Williams?), this volume is a proud achievement of fine production and optimal sequencing, and the performances are of greater diversity than offered previously.